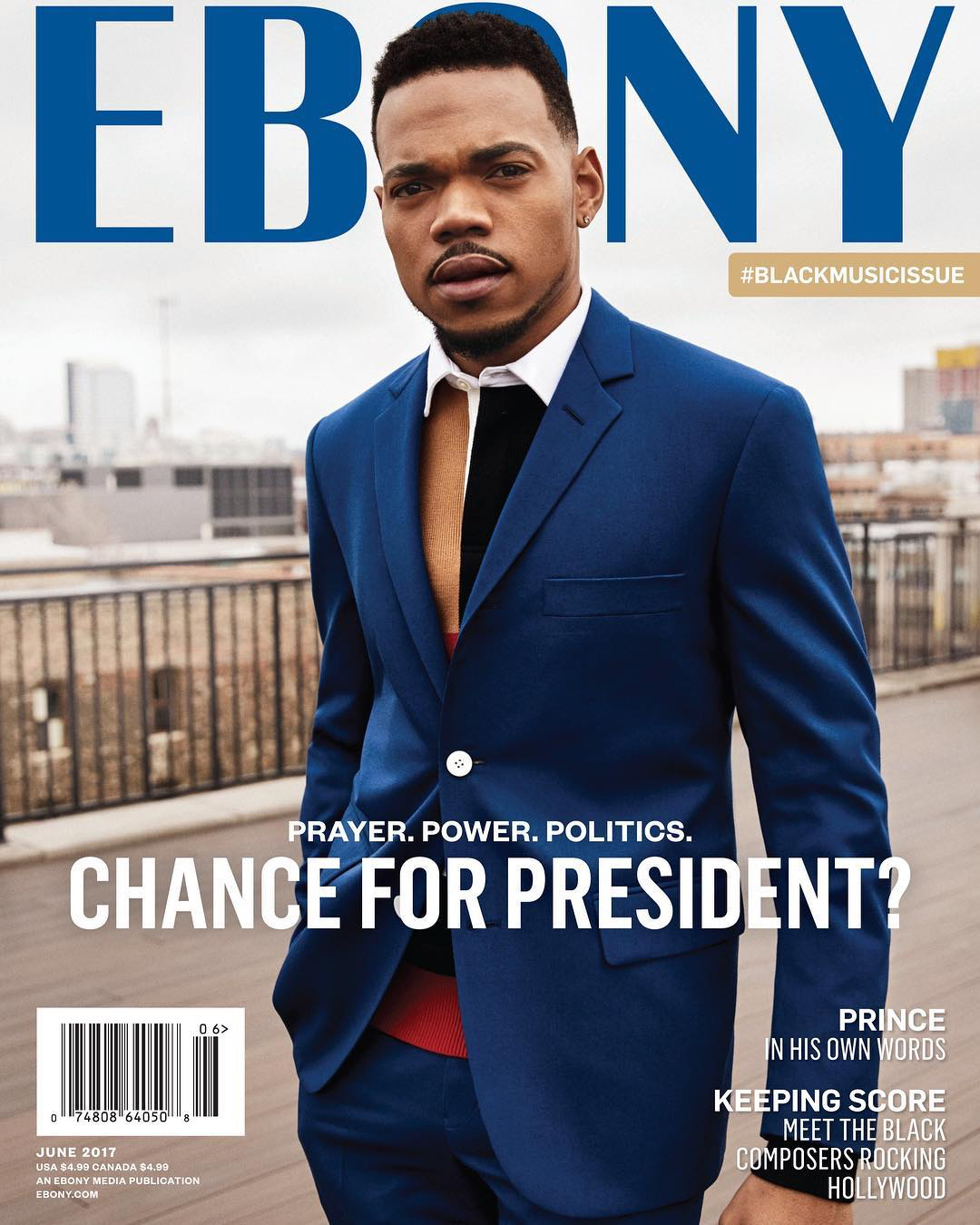 At this point, what else can we say about Chance the Rapper that hasn’t been said ten times over? The young man is everywhere! In the last three months alone, he’s taken home three GRAMMY Awards, donated $1 million to Chicago public schools, landed on TIME’s Most Influential and Fortune Mag’s World’s Greatest Leaders coveted lists, and even scored his first No. 1 single with DJ Khaled’s “I’m The One” topping the charts. Oh, it went platinum, too.

Now, while he continues his search for Chicago students to direct his and Jamila Woods‘ “LSD” video, Chance is gracing the cover of Ebony‘s Black Music Issue.

On top of going hat free for the front page, the Rapper talks religion, independence, and politics with the long-standing magazine. Chance for president? Don’t hold your breath…

“I would never run for any office or government position,” says Chance. “I’m not into it. I think politics is a reason why a lot of stuff doesn’t get done. There’s a lot of favors, and a lot of people are held back by their intentions of being re-elected or the things that they owe their party or constituents. I think when you’re in my position as an artist, I can say what I want and talk about the issues that matter.”

Check out a few more pictures from the cover shoot below and read the rest of the article, by Adrienne Samuels Gibbs (no relation to Freddie), in the June 2017 issue of Ebony, on newsstands now.

As a bonus, Chance the Rapper also curated a new Apple Music playlist for Ebony—including music from Saba, Vic Mensa, King L, Joey Purp, his brother Taylor Bennett, Mick Jenkins and more. Check it out below.

T.Rabb Is Perfect From the Line On His New ‘Free Throws’ Mixtape