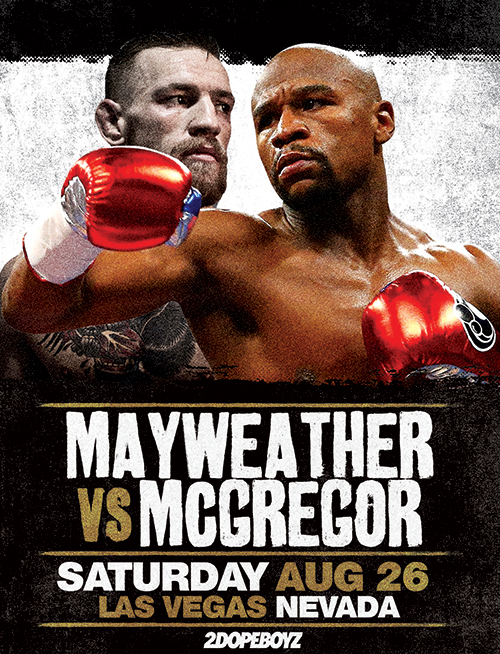 Once considered a fantasy, the (boxing) fight between Floyd Mayweather and Conor McGregor is officially on!

Following months of rumors and talking just to talk, Mayweather will put his undefeated record on the line as he squares off against McGregor on Aug. 26 in Las Vegas.

Will Floyd reach that prestigious 50-0? Or, will Conor pull off an upset? We’ll find out in two months.

Until then, check out how both parties took to social media to share the news below. If you want more details, Yahoo! Sports has all the answers.

THE FIGHT IS ON. pic.twitter.com/KhW0u3jRft