Future Staying On The Road With ‘The Future Hndrxx Tour’ With the success of his Nobody’s Safe Tour, Future is staying on the road for the rest of the year as part of The Future Hndrxx Tour.

With a few dates left on the first tour (including Vegas on June 30), the second leg of Future’s 2017 touring schedule will find the ATLien will touch down everywhere from Lisbon and Toronto to Mozambique and Tanzania before returning stateside for yet another series of stops in West Palm Beach, Charlotte, Atlanta, Amsterdam, and more, before wrapping up October 23 in London.

Special guests will also perform, but the acts have yet to be revealed. Until then, check out the full list of dates below. 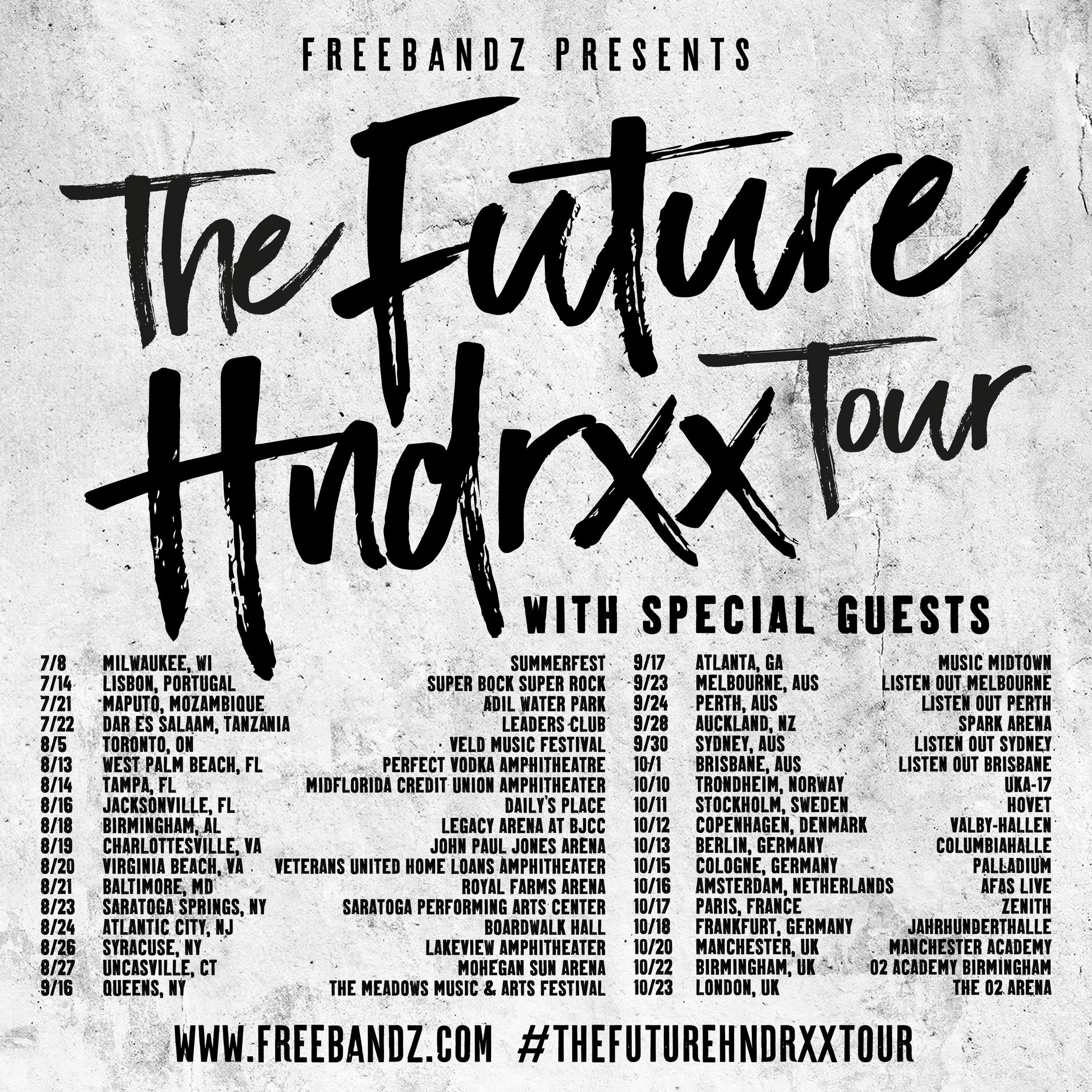