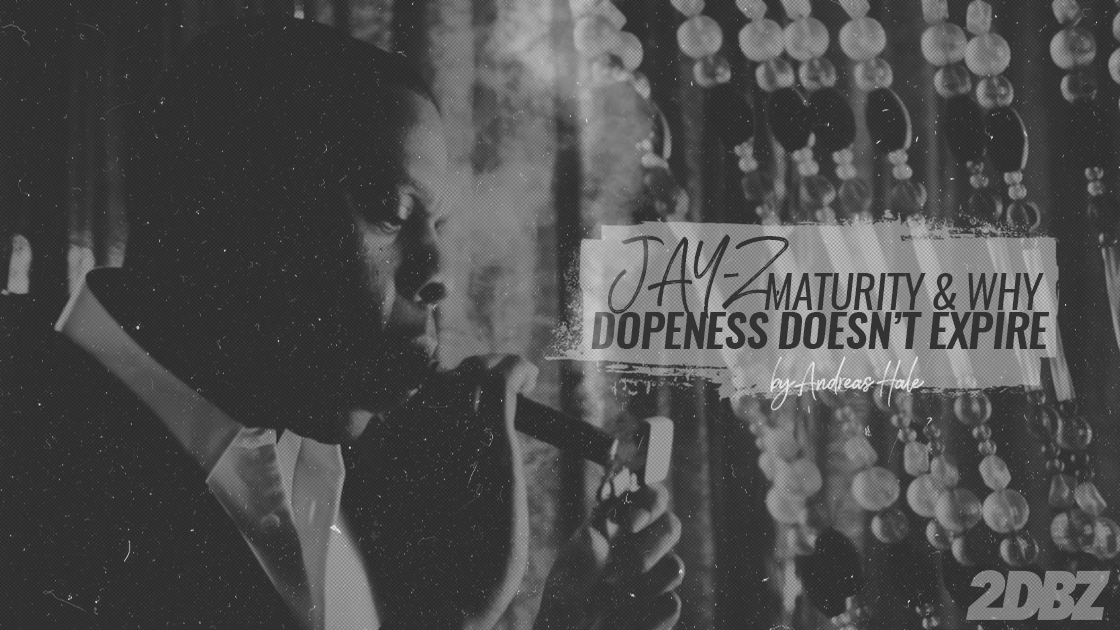 Oh y’all thought I was washed? I’m at the cleaners/
Launderin’ dirty money like the Teamsters
JAY-Z, “Smile”

Rap is supposed to be a young man’s game, right? The saying is a fallacy for a culture that has barely entered its third generation of fans. However, it’s been the topic of many conversations where fingers are being pointed across the age divide in an effort to shame the other side into the realization that their generation is ruining hip hop.

Back in 2015, Young Thug spoke to GQ in detail about this concept.

It’s a sentiment that has been blindly shared by many without really considering the foundation of the conversation.

“If you’re 30, 40 years old, you’re not getting listened to by minors,” he continued in an attempt to contextualize his statements. “Like, Jay-Z has some of the sickest lyrics ever, but I would never buy his CD, just because of my age and because of his age. By the time I turn that old, I ain’t gonna be doing what he’s doing.”

But with Jay-Z’s 13th studio album burning up social media and spiking the subscriptions to his streaming service Tidal, the 47-year-old obliterated everything that the 25-year-old stated and proved that being dope doesn’t have an age limit or expiration date.

Rapping isn’t an athletic event where your body eventually breaks down to the point where overall skill deteriorates. As long as the mind is sharp, so are the skills. But only in rap music does this common thread exist and become a point of contention. There is a reason why, however.

Hip Hop never had the opportunity to be ran by rappers that are in their 30s and 40s. The reason being is that the culture is still relatively young. But after four decades we are starting to see emcees over thirty who grew up as products of hip hop leave a significant impression as artists. More importantly, their audience is growing with them.

One thing that never made sense is the idea that an individual stops listening to hip hop cold turkey once they age past thirty. What are they supposed to do? Listen to jazz and folk music while in a rocking chair playing Parcheesi and eat Fig Newtons? The sentiment is ridiculously unfounded and was created simply because there wasn’t an opportunity to test the theory out. Hip Hop was created by young people so it has to forever be young, right?

With rap music churning through eras, there now is an opportunity to see if age actually matters in rap. And what better rapper to test out this theory than the one and only Jay-Z?

Jay-Z’s 4:44 is the epitome of maturity in hip hop while proving his relevancy sustains despite his advanced age. Unlike Kingdom Come and Magna Carta Holy Grail, Jay finds humility in his boasts this go around. Yes, he’s still of the black capitalist mentality, but he’s learned how to maneuver that psychology into a stream of social consciousness and introspection that can resonate with the #BlackLivesMatter movement as well as old school civil rights activists. Rather than live on the edge with braggadocio that is unwavering in the ego department, Hov opens up a chapter of his book of life where failure is, in fact, both an option and a distinct reality.

Rather than delivering bumper sticker lines such as the cinematic “I will not lose,” he’s less pretentious and more exposed than he has ever been. Whether his failures are still extraordinarily expensive real estate ventures (“I coulda bought a place in Dumbo before it was Dumbo/ For like 2 million/ That same building today is worth 25 million/ Guess how I’m feelin’? Dumbo”) or of friendships gone wrong where he addresses the individual by name (“But you ain’t a Saint, this ain’t KumbaYe/ But you got hurt because you did cool by ‘Ye/ You gave him 20 million without blinkin’/ He gave you 20 minutes on stage, fuck was he thinkin’?”) or with his marriage (“And if my children knew, I don’t even know what I would do/ If they ain’t look at me the same/ I would prob’ly die with all the shame/ ‘You did what with who?’/ What good is a ménage à trois when you have a soulmate?/ ‘You risked that for Blue?'”), we’re gifted with a side of Jay-Z that is a flawed human being who is living in his truth.

The revelation that Hov stepped out on his marriage was assumed by some to be a plot device to drive the narrative of Beyonce’s Lemonade album. However, the rapper doubles down by addressing his infidelity in broad strokes of honesty on the album. As the father of three, this is yet another moment that demonstrates the vulnerability that made rappers like Drake popular with a younger crowd.

But don’t get it confused; he’ll still leave you feeling broke. However, he’s also here to deliver a crash course in financial freedom with one extraordinarily poignant line (“You wanna know what’s more important than throwin’ away money at a strip club? Credit”). Although he’s the king of subliminal shots, a more mature Jay-Z decides to call out his offenders by name, most notably, Kanye West.

But perhaps the most significant element of the 47-year-old is the fact that he is no longer helping his community in silence. Rather than donating to the cause anonymously, Jay-Z has decided to step from behind the curtain to tackle social ills. The uneasy visuals in the video for “The Story of O.J.” is the latest installment of “Conscious Hov” that has made the decision to take a stance. With his recent deal with the Weinstein Company to deliver a future docu-series and film on Trayvon Martin as well as his remarkably well-done series on Kalief Browder, Jay-Z has turned the corner from being a peddler to an activist who uses his capital to tap into ventures that most of us cannot.

Oh, and the music is dope. We can’t forget about that. No I.D. really put his foot into the production on this album. Who can front on the wicked Beyoncé vocals on “Family Feud” or the groovy sway of “Caught Their Eyes?” This wasn’t a batch of beats delivered to Jay-Z’s door for him to choose from. Rather, No I.D. and Jay-Z cleverly crafted songs that fit the mood. The often overlooked producer ultimately assisted the Roc-A-Fella emcee with delivering a swift and potent piece of work that clocks in at ten songs and about as long as a network sitcom. It’s here, punches you in the face and then departs before it can overstay its welcome.

It’s far too early to call this album a classic, but it’s certainly garnering its fair share of acclaim from audiences both young and old.

But this theory about being too old for hip hop isn’t simply an outlier because Jay-Z is a unicorn. It applies to a variety of emcees that continue to deliver despite the flawed concept that they are too old for the rap game.

Over the past few months, hip hop has seen rappers over thirty prove that this game knows no age limit. Aside from Jay-Z, Royce 5’9” executed arguably one of the finest lyrical exercises caught on tape in recent memory with his fourth installment of The Bar Exam 4. But what made this a significant moment was that it completely crushed the concept that lyricism can only be delivered over “backpacker” production as the soon-to-be man of 40 years on earth wrecked popular instrumentals previously piloted by Future (“Mask Off”), Migos (“Bad and Boujee”), D.R.A.M. (“Broccoli”) and PHresher (“Wait a Minute”) among others.

As we age, so do our tastes and perspectives. But to think that you can outgrow hip hop or a rapper is too old to be relevant is ridiculous. Hip Hop has no age limit. Instead, there are a variety of sub genres that will appeal to a number of different audiences. In a previous article I explained why the Old School vs. New School argument was a bunch of bullshit and Jay-Z – along with Royce, 2 Chainz, André 3000, Big Boi, Eminem and a plethora of others – proved my case. Not all rap music is meant for the club, nor is it all meant for your headphones. It comes in different shades for audiences that range from a single mother dropping her kid off to a baseball game in the suburbs before attending a protest to a family of five in rural America scraping together the most minimum of wages to keep the lights on. It doesn’t really matter as long as it speaks to you and its dope. The only way we’ll stop listening is when our hearing aids go out and we’re forced to. Until then, we’re still fans, regardless of age.