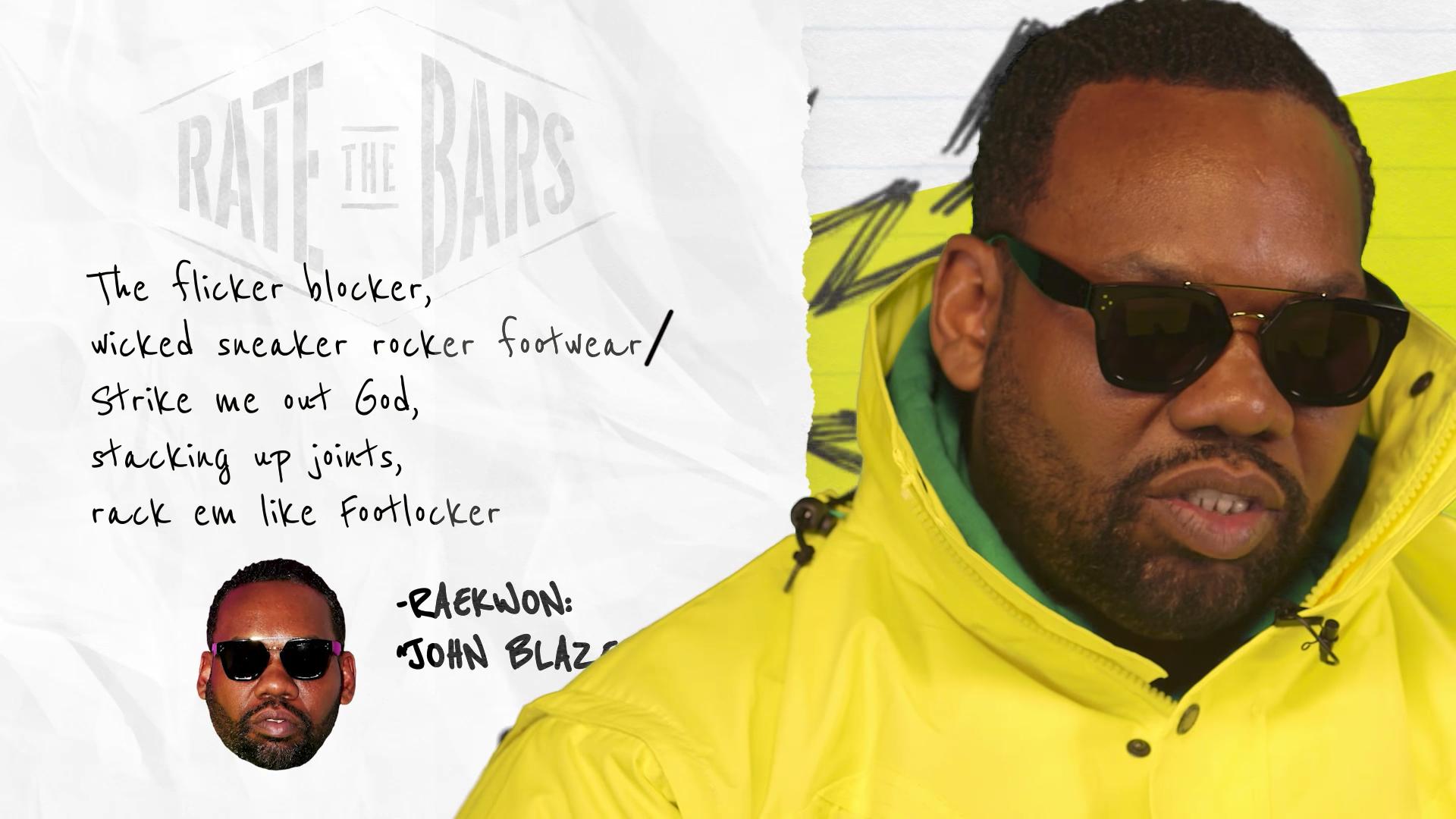 Shallah Raekwon was recently invited up to the BET Networks for their new series, Rate the Bars and for his appearance, was given the task of rating bars from a few of his peers, including Vince Staples, ODB, RZA, Method Man, Busta Rhymes, Biggie and G-Eazy.

Of course, hilarity ensues in all the right ways, including rating his verse from “John Blaze” a five.

And RZA a two for “The Baddest Man Alive.”