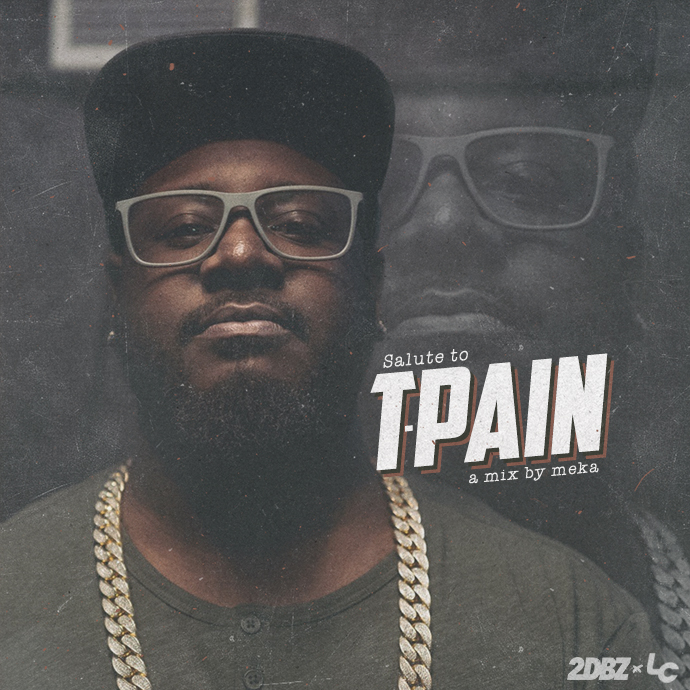 Faheem Rashad Najm was initially reviled at the start of his career, with critics calling his use of Auto-Tune nothing more than a flash in the pan fad that would ultimately die out. Keep in mind, this was during an era which brought us such things as ringtone rap, snap music, crunk music, a million and one “A Milli” freestyles, Gino Green Global, Miskeen, “Crank That (Soulja Boy),” jerk music, jerkin’, Making the Band 2, Da Band, Freddie and Ness from Da Band throwing hands at each other on Making the Band 2, Dy-Lan from Making the Band 2, and countless other real fads that aren’t around anymore in 2017.

Well, T-Pain outlived all of that. From 2006 to 2010, T-Pain was featured on over fifty chart topping singles. He owns three Gold-selling albums, has eleven Gold or Platinum singles, and was featured on 15 plaque-attaining singles.

Alas, everything seemingly came to a screeching halt, which T-Pain would later reveal in a 2014 interview with The New Yorker that it was in reaction to an “industry backlash” that was quasi-kickstarted by JAY-Z‘s “D.O.A. (Death of Auto-Tune)” that ultimately turned into a full-on revolt on his music. All the while, other artists — Kanye West and Lil Wayne in the past; Travis Scott, Future and Quavo in the present — employed the same exact musical style to propel their own careers.

T-Pain is, arguably, one of the most influential artists of the millennial generation. And, let’s be real: everyone reading this likes at least three of his songs minimum, whether you admit it or not, and his DNA is all over music’s blueprints today. So this is what this mix is about: a salute to those songs, and a lot more. On top of some of his own staples I also tossed in some features, blended in some of his most popular hooks, and added a memorable moment from his NPR Tiny Desk Concert. I hope you enjoy listening to it as much as I did crafting it.