Past winners have included Kendrick Lamar, André 3000, Nas, Royce 5’9 and Brother Ali. And for June, we’re rolling with JAY-Z for his brutal honesty on title-track from his new 4:44 album (which is now available on all streaming platforms). 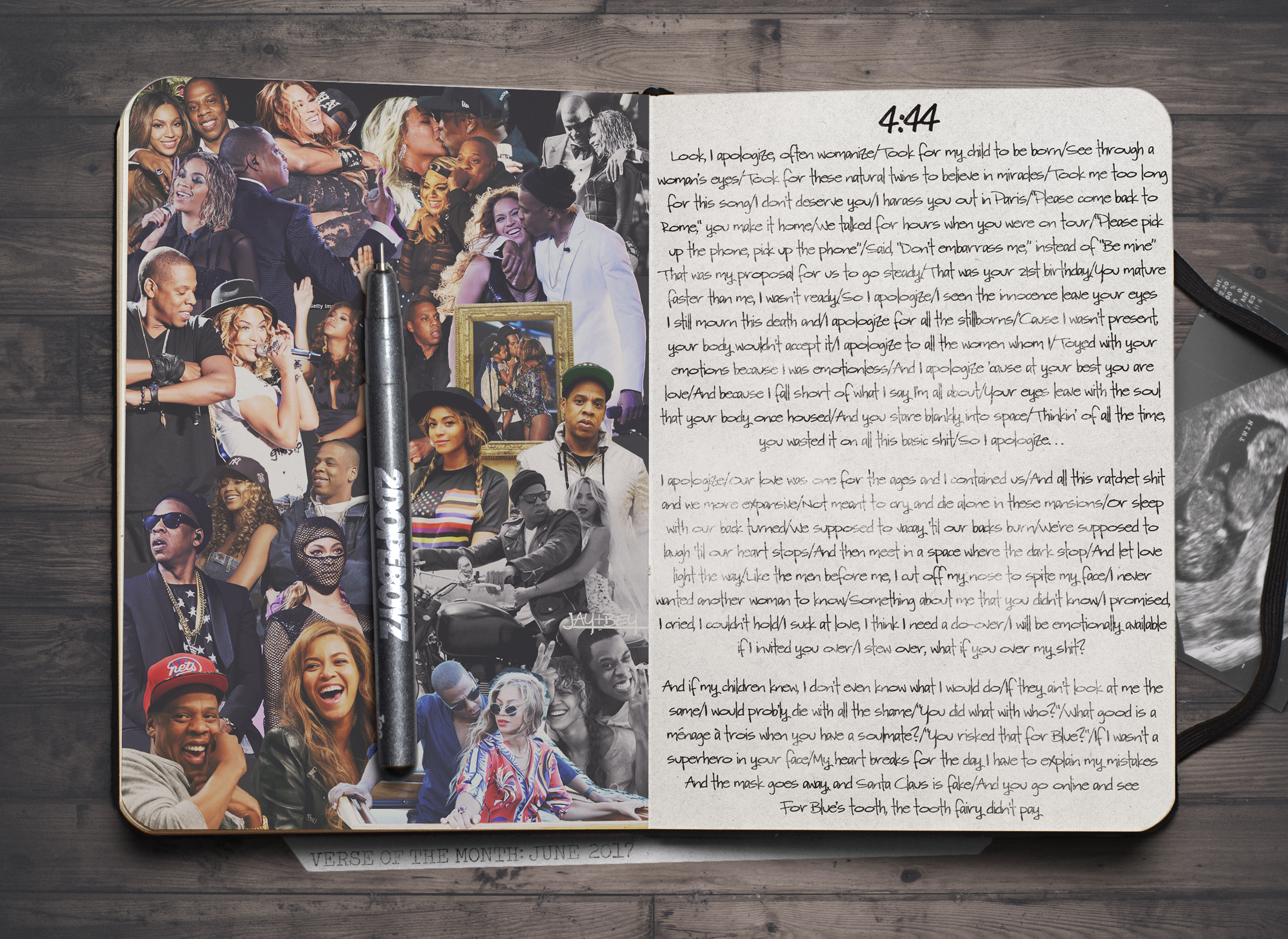 Relationships are difficult. But what’s more challenging is being the one who admits to their wrongdoings in the relationship and accepts full accountability. Even more difficult than that is to reveal your admissions to millions of people. What was once a very private marriage was turned upside down when Beyonce released Lemonade last year. But Jay-Z’s response in lyrical form is equal parts potent and refreshing for the 47-year-old king of braggadocio on the title track to his recently released 4:44 album. Hov’s revelation that he risked his family for a fling is undeniably the biggest moment on the album. For all that Jay-Z has accomplished, nothing is more important than his family. And to know that even he can be flawed is perhaps one of the most sobering moments in a long time. Oh, and it’s deftly handled by a masterful emcee. That certainly helps.