In 2014, the Paid Dues festival was cancelled after facing a myriad of financial troubles that were rolled over from its bigger brother, the Rock The Bells festival, which had been cancelled the year prior. While its creator, MURS, had hoped that it would return in 2015 for its tenth anniversary, it never came to fruition.

Well, surprise: Paid Dues will return in 2017 to formally ring in its decennial anniversary.

The Paid Dues account on Twitter, which had been inactive since March 2016, was updated today (July 12th) announcing the return of the festival, which takes place September 16-17 at Pershing Square in Los Angeles. The festival will play host to Lil Wayne, Ab-Soul, PRhyme (DJ Premier and Royce 5’9″) Ghostface Killah and Raekwon, Nipsey Hussle, The Cool Kids, RJ, Jay Worthy, G. Perico, Dizzy Wright and much more. 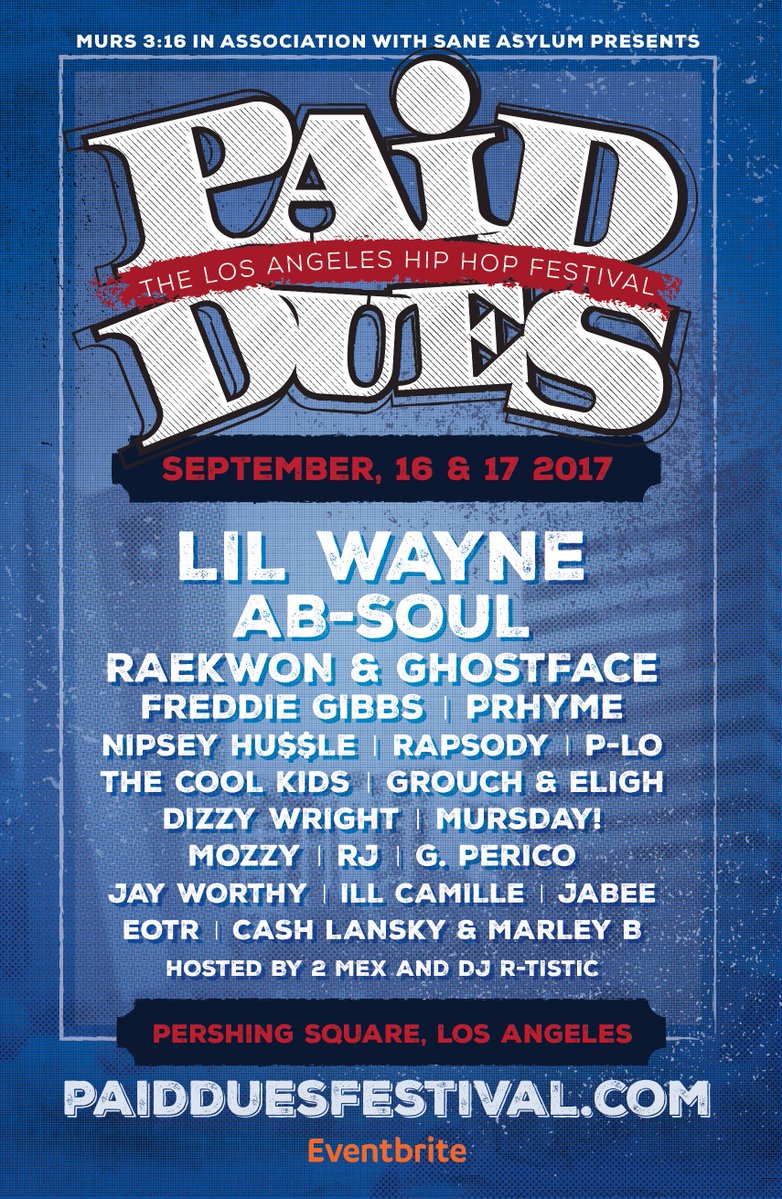 Tickets for Paid Dues will go on sale soon.