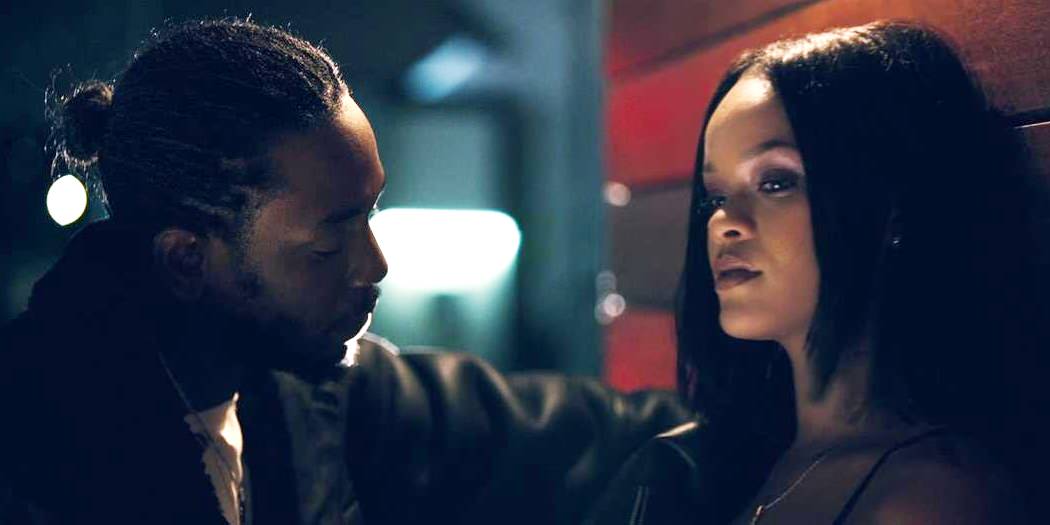 In the middle of his DAMN. Tour, where he’s already brought out Chance The Rapper and J. Cole, Kendrick Lamar releases the fourth video in support of the album, the Rihanna-guested “LOYALTY.”

Directed once again by Dave Meyers and The Little Homies (née, Kendrick and Dave Free), Kenny is tempted by a bevy of scantily-clad women, gets into a fight with a guy twice his size, and sinks into the abyss with Rihanna before literally dangling her off of a skyscraper:

This form of loyalty is more akin to The Joker and Harley Quinn’s chaotic relationship, if anything.