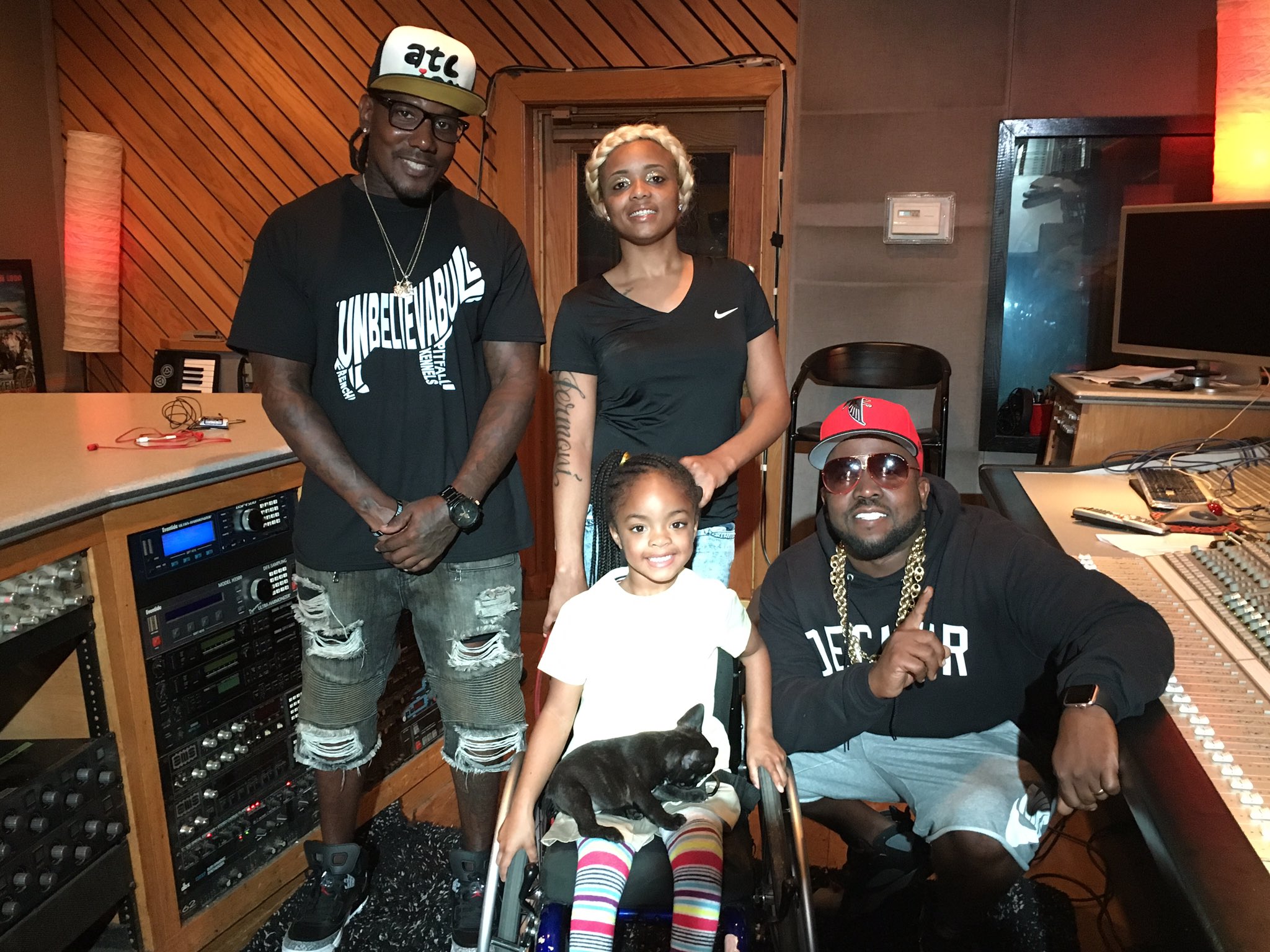 There has been a lot of gratuitous nonsense floating about on social media and in the news these last few days, and it’s enough to drive a perfectly sane person mad with seething rage.

Thankfully, we have a bit of some wholesome news to report which will hopefully cleanse your palette.

Atlanta’s WSBTV reports that Big Boi has stepped in to help 5-year-old Abriya Ellison, who is now paralyzed after being shot while playing in a bounce house.

Big Boi, born Antoine Patton, took some time out of his schedule—including preparations for his Daddy Fat Saxxx Tour (in support of his Boomiverse album)—to invite little Abriya to his studio, gifting her with a present: a bulldog puppy, one in which he bred at his Pitfall Kennels.

Abriya’s mother, Andreauna Douglas told WSBTV that her daughter has wanted a dog “for the longest,” and with Big Boi’s generous gift, she now has one which will comfort her as both a companion and a service dog. “I’ve been born ready for a puppy,” Abriya said to the cameras.

According to WSBTV, Big Boi and his young brother James (aka Lil’ Brotha) have also “agreed to take care of whatever vet care her puppy King will need.” On top of it all, the two Patton brothers have pledged to pay off the rest of Abriya’s GoFundMe campaign, which will foot the cost of her medical bills, and have even paid to “have her bathroom made handicap accessible.”

Watch the full report below.