During his Made In America set over the weekend, Pusha T updated fans on his next album, King Push, which was originally set to drop last year.

In June, Push said the album was “almost done” and that Kanye West had produced most of it. Plans have seemingly changed now, though, as Pusha says Kanye has taken complete control of the beats for the album, so much so that he has scrapped them three times in order to get them just right.

Kanye has reportedly occasionally holed himself up in a cabin in Wyoming in order get his creative juices flowing again. He’s also been seen in Japan with Kid Cudi, and there’s rumors of them working on music again, too. Whatever happens, hopefully it’s all done in good health. 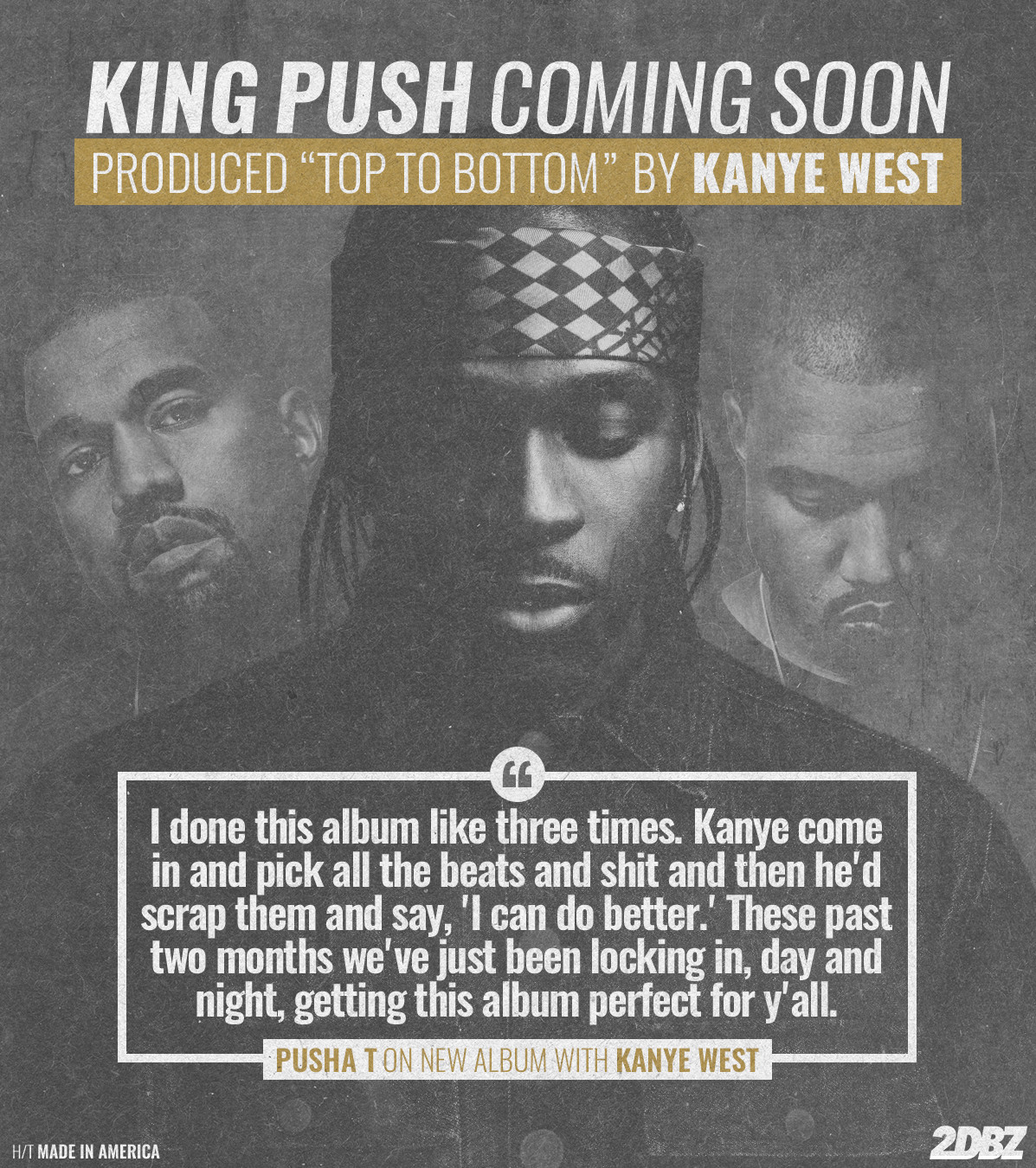