Damu The Fudgemunk – “Never Off” x “Pyramids to the Ghetto” f. Insight 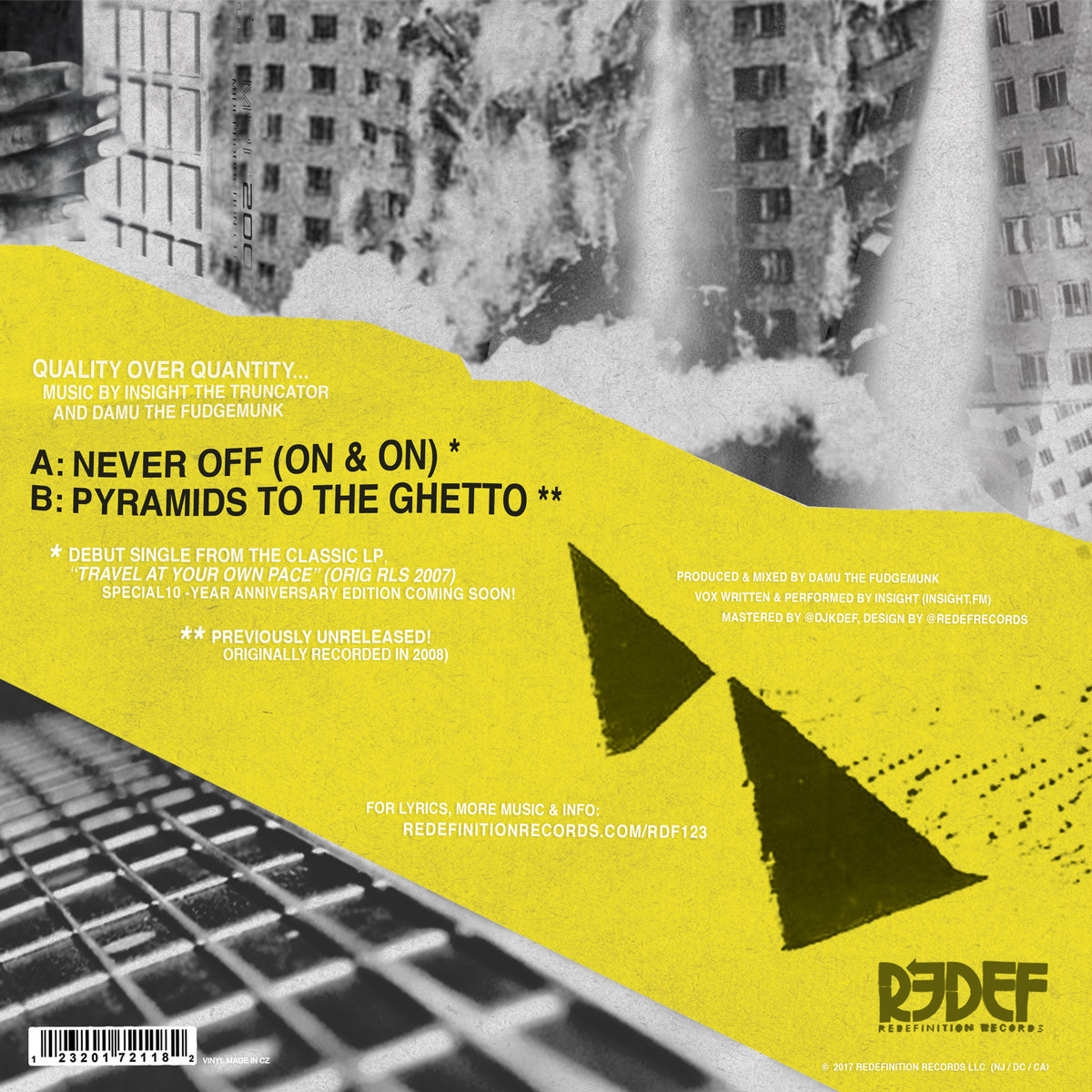 Last spotted rocking alongside Blu and Kunal on K-Def‘s “Strawberry Lemonade,” Washington, D.C.-based producer Damu the Fudgemunk returns with a set of heatrocks on the single “Never Off” b/w “Pyramids to the Ghetto.”

While the A-side, “Never Off (On & On)” was previously released ten years ago, the unreleased B-side, “Pyramids to the Ghetto” (recorded in 2008) should be enough incentive to dip into your pockets for a dollar bill, as the banger also serves as a reunion for the Y Society duo, Damu and Insight (The Truncator).

Press play on the single below or purchase a copy, pressed on 7″ vinyl.