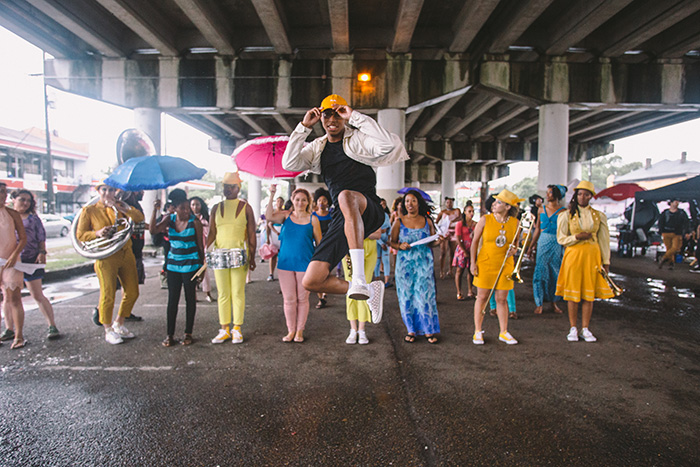 Back in February, New Orleans native PELL linked up with London On Da Track to release a song called “Patience.” Seven months and two more collaborations (“Late At Night” with MNEK, “Jam“) later, he’s back with a brass band version of the track, dedicated to the victims of Hurricane Harvey.

“I would like to dedicate this video to the victims of Hurricane Harvey and the people of Texas,” Pell says. “With Katrina, I experienced firsthand how catastrophic Mother Nature can be, and saw the strength and resolve of the people of New Orleans to rebuild together through its devastation. I hope this video can serve as a symbol of positivity: we will support each other and come back stronger. Prayers to those in Texas.”

Inspired by his hometown, Pell reworked the original by adding horns and enlisting a local, all-female cast for his second line.

“The women in this video are meant to represent the diversity of beauty, no matter what conventional norms want us to believe,” says Pell. “The song and video showcase a bridge between traditional New Orleans brass and second line customs – with a new hip hop perspective on top.”

Check out the Alan Del Rio Ortiz-directed clip below.