Conducting only his second interview since the release of 4:44, JAY-Z went across the pond and sat down with Clara Amfo of BBC 1′s Live Lounge for a chat.

Hov touched on a few topics, from his growth as an artist to his enjoyment of the little things in life while being one of the most successful musicians of all time (friends, family). He also said an interesting tidbit about today’s social media climate, and whether if affects him or not.

“That’s not my life but I’m aware of it, I’m aware of its existence,” Jay said. “I get things and I see posts but that’s just part of it. I don’t take it personally. I think people are funny. I find the humor in things. I like to laugh, so I laugh at myself a lot. It’s just part of the gig. It’s not personal to me; it’s the position I hold. And when I’m not occupying that space, and I’m not this public figure that you say, whoever occupies that public space is going to have to go through that same thing. So when you look at it like that, and you see that it’s not personal, you kind of make light of it.”

Jay-Z didn’t hold back in sharing his distaste for the one who calls himself the President. “This guy, I’m looking at him like, man, this is a joke,” he says about Trump. “With all due, I can’t even say that, with ALL disrespect.” 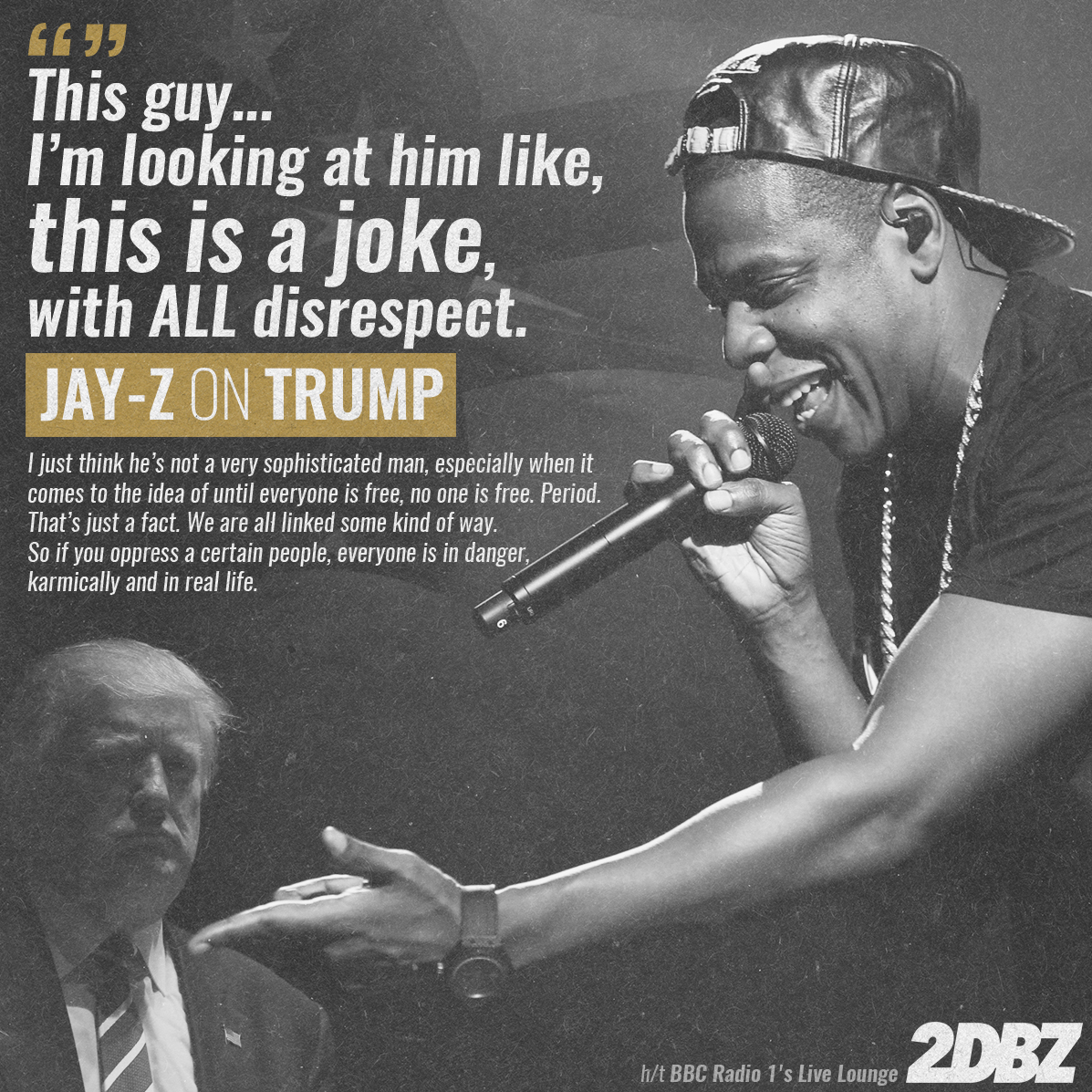 He also shares a story on how his daughter, Blue Ivy, stole the show on “We Family,” even crediting her “Never seen a ceiling in my whole life” rhyme as the “most genius line” on the album.

As well as the interview, Jay would perform both “Numb/Encore” (in memory of Chad Bennington) and “Family Feud.”