Rapsody Ain’t the Best Female Emcee, She’s One of the Best, Period 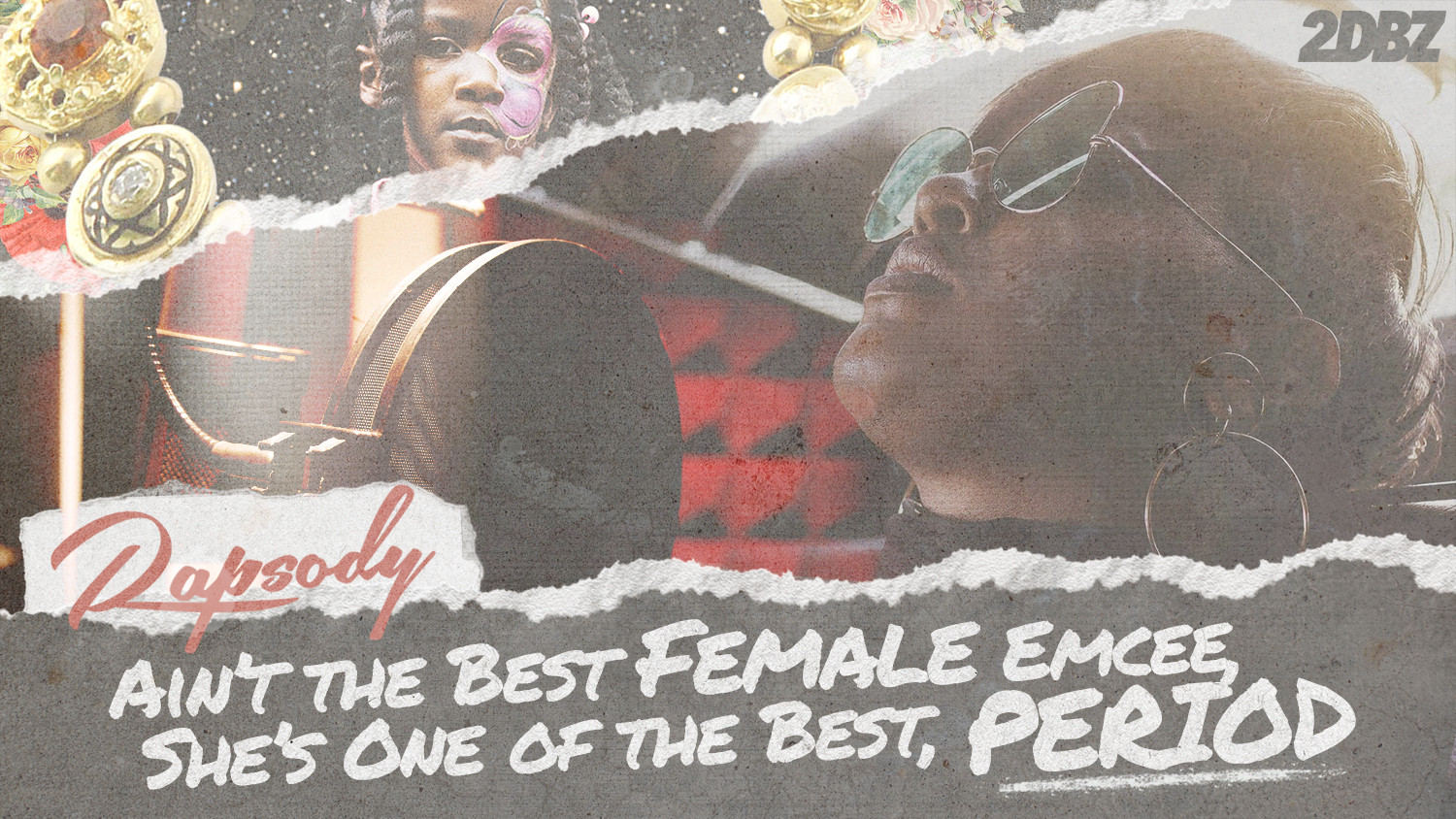 In 2017, the way we consume our media is built on moments in time rather than longevity. That’s not to shame those who have taken advantage of this new medium, but it’s a reality. From Conor McGregor using social media to score an implausible boxing match with Floyd Mayweather to celebrities being created from 30 second videos on Instagram, everything comes in the moment and the body of work is often discarded. More often than not, those moments in time are rewarded more than an individual who has a long proven track record. It’s the difference between Conor McGregor earning a nine figure salary for a boxing match that he had no business being in and a heavily decorated Andre Ward, who retired from boxing in relative mainstream silence despite being the one deserving of those massive paydays.

In the music industry, the 15 minutes of fame have been reduced to 15 seconds. Artists rise and fall in the time that it takes the leaves to change color but can benefit heavily in the interim.

Like it or not, we don’t really know what Cardi B has to offer until we get another song out of her. But she’s taking full advantage of her moment in time as “Bodak Yellow” has afforded her a lifestyle nobody could have fathomed a year ago. Few are here to be remembered as it isn’t necessarily a financially viable course of action. Instead, many musicians are hoping that a snapshot of their career can carry them into a winning lottery ticket. Sadly, that has less to do with talent than it does projecting a feeling at the right time.

In a society obsessed with moments over quality material, we’re often left hyperbolizing moments as if they are entrenched in history while overlooking what might be right under our nose.

And Rapsody has been right under our nose the entire time.

This isn’t a column about Rapsody being the best female rapper today, that’s an insult to her massive talent and an outdated separatist approach to the industry as a whole. This is about Marlanna Evans playing the long game with her career and creating an absolutely exceptional body of work with the brilliant Laila’s Wisdom.

As an emcee, Rapsody has always been a cut above the rest. But the challenge has always been whether she could put together a complete body of work. If 2012’s The Idea of Beautiful was a warning shot, Laila’s Wisdom puts the industry in front of a firing squad. It’s The Miseducation of Lauryn Hill without the singing. It’s Queen Latifah’s All Hail The Queen on PEDs. It’s a more advanced version of MC Lyte’s Lyte as a Rock. These weren’t just great albums by women, they were simply great albums. And you’ll be hard pressed to find another emcee who rhymes like Rapsody, regardless of gender.

After showcasing her maturity as both an individual and an emcee on the insightful title track, the gloves come right off as Rapsody cashes in on a favor owed from when she scorched Kendrick Lamar’s “Complexion.” The Compton emcee pounds the pavement with a chest thumping exercise in recognizing the concept of power. But where this differs from K Dot’s usual show stealing routine is that Rapsody refuses to be overshadowed by an emcee that is often recognized as the best rapper alive.

This is especially exemplified in the second verse where Rapsody draws her line in the sand.

“I ain’t Five Percent, ‘less we talkin the top emcees/ And I’m in the top of that the rest beneath me all cowards,” she rhymes. This is significant because it shows that Rapsody isn’t a “I’m just happy to be here emcee” and is taking no issue smacking the crown off of anyone who claims to be the best. To say it is one thing, to back it up is another thing entirely. But that’s where Rapsody differs from her peers. She’s willing to play the long game to establish herself as one of the greatest rather than succumb to the pressure of delivering a moment that could pay off in the short term.

If we’re going to address the elephant in the room when it comes to her place among female emcees, it would be worth noting that Rapsody travels a route seldom heard by other women in hip hop. Rapsody captures everything about being a woman on Laila’s Wisdom without falling into a stereotype. Never once does she call herself the “baddest bitch” or refers to her woman parts as being some kind of hypnotic potion that keeps men coming back for more. And that’s a much needed element for women in hip hop.

She tackles the concept of relationships on the groovy “A Rollercoaster Jam Called Love,” that is as sonically brilliant as you can imagine. The song traverses a trio of beat switches that never lose sight of the concept as Rapsody rides out the ups and downs of the proverbial emotional rollercoaster of a relationship.

There’s also something sweet, yet black glove in the sky powerful about “Black & Ugly.” Without sounding too self conscious, Rapsody tackles sexuality and colorism with the confidence that many young black women who refuse to undress for The Gram yearn to have.

Where Rapsody really excels and takes the album into another stratosphere is on the album’s closer “Jesus Coming.” A devastating tale of death told from various perspectives that reminds us how quickly things can escalate and alter the course of our lives. This is storytelling at its finest as Rapsody captures how loss can come so suddenly and over the most nonsensical things.

That’s what is so special about Rapsody, she speaks for a silent majority of women who aren’t here for the moments, but for longevity. Listening to Laila’s Wisdom is a relatable experience that eschews the queen bee narrative for something that’s a lot more tangible. Whether she’s addressing the plight of a family member on “Ridin’” or going toe to toe lyrically with Black Thought on “Nobody,” Rapsody’s power is in her ability to identify as a strong black woman with exceptional ability without selling herself short. There are no cheap tricks or pompous trash talk to convince you of her worth to get the fight of the century. She’s earned every ounce of respect by being a brilliant storyteller and a fine wordsmith. I haven’t even broken down the multiple double meanings, extended metaphors and flat out scintillating ability to put words together. 9th Wonder should also be applauded — along with Young Guru and Terrace Martin — for crafting a sonically marvelous piece of work that is much needed to keep up with Rapsody’s lyrical ability.

There is no competition with the Nicki Minajs or Cardi Bs of the world as Rapsody is running in a totally different race that doesn’t rely on a singular moment as it does her complete body of work. She’s here to be the best and dares anyone to tell her she’s not. Her competition isn’t other female emcees. Rather, it’s every emcee.