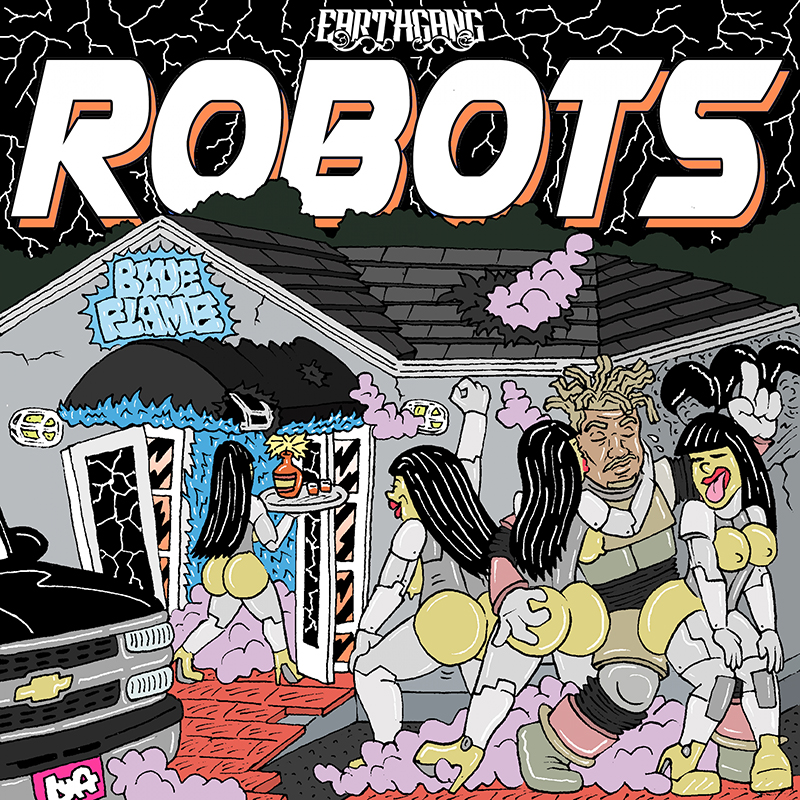 EarthGang, the rap duo consisting of Johnny Venus & Doctur Dot, was formed a decade ago. For a good chunk of those years the Atlanta rappers stayed on the underground scene. This all changed after their signing to J. Cole’s Dreamville imprint at the end of August 2017. Soon after this announcement came their debut commercial EP, RAGS.

Less than two months later, they returned with ROBOTS, the second of three planned EP’s before they release their debut album, MIRROR LAND.

On Robots, EarthGang continues their journey from where they left off on Rags. Doctur Dot described Rags as the “closing your eyes to meditate” and Robots as “that deep breath you take.” Without a doubt, this is a spot-on description of the two EPs.

Robots takes a deep dive into the minds of Johnny Venus and Doctur Dot, revealing much of the commotion that occurs there. On “Artificial,” Venus and Dot make it very clear that they have no desire to deal with anything or anyone that is “fake” or not aligned with their vision. Moving on to “Robots”, EarthGang tackles the stereotype that men, especially black men, aren’t allowed to display their feelings and emotions. Admitting that they’ve fallen victim to this, they ask the rhetorical question, “What the f**k is wrong with me?” concluding that “Maybe I’m just a machine.” Moving towards the end of the project, “So Many Feelings,” is another feeling and emotionally charged track. Getting help from what sounds like Lil Cole from J. Cole’s “Forbidden Fruit” outro, the rappers let off a multitude of “I feel like” bars, similar to Kendrick Lamar’s “Feel.” 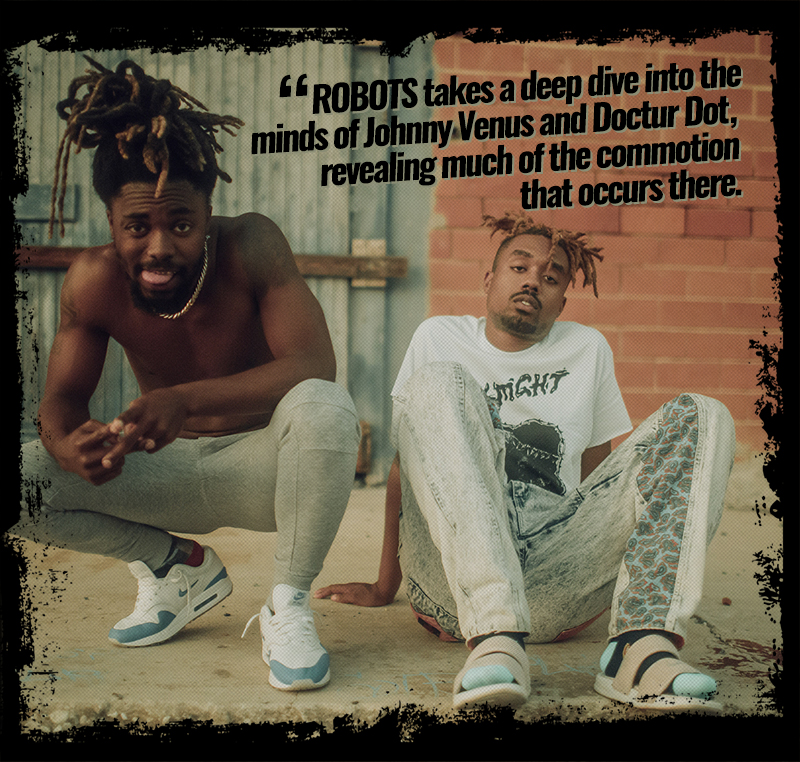 Throughout their career, the Outkast comparisons become more and more apparent for EarthGang. Their blend of hip-hop with soul and funk make these comparisons more and more realistic. “Robots” and “So Many Feelings” are two perfect examples of this hip-hop and funk/soul fusion. “Robots” brings out the singing side of EarthGang as they “shoo-be-doo-doo” their way over an AnonXmous produced beat reminiscent to that on Ginuwine’s “Pony.” “So Many Feelings,” with the help of a vocalizing instrument, gives off the R&B sample feel as the duo rattle off their sporadic feelings.

EarthGang makes it clear on Robots that they’re not going anywhere anytime soon, so while they’re here why not get to know them? From a city where mumble rap and trap thrive, Atlanta’s newest stars look to shine a light back on the lyrical and conscience side of the city’s music scene. The seriousness and pure honesty of the album is toned down by DC Young Fly’s comedic dealings with his baby mama drama. This added aspect has positive and negative effects on the album.

The skits keep listeners entertained throughout the project’s serious tone. However, since the EP is so short, clocking in at 22 minutes, the comedic backdrop may distract some listeners. This, in turn, may cause them to focus on it and miss the main message being delivered. In less than two months, we’ve seen EarthGang grow right before our eyes and with two more projects on the way, who knows what’s in store.