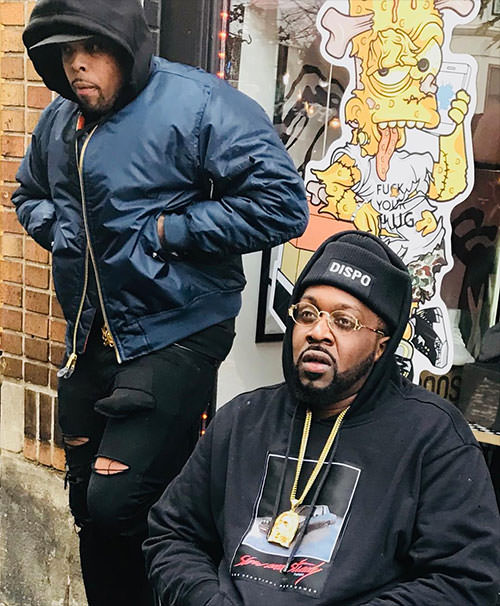 At this point, you should already know what’s going on. But if not, DZA released new music each date of the Key to Life Tour with The LOX and them Griselda shooters.

To help catch you up: DZA got started with “Flair Country” and “Rayful’s Revenge” (listen), hit us with “After Party at Mike’s” and “65 in Providence” (listen), “Get Down or Lay Down” and “The Barksdale Code” (listen), and celebrated the New York dates with “A.L.B.A.N.Y.” and “Dank Account.” He also celebrated “J.R.’s Day Off” in Cleveland and linked up with Cozz on “Give N Go” for the Chicago stop, before dropping “Motown Playas Ball” and “Prelude to Death” for the Detroit and Cinci stops (listen).

The tour came to an end a few days ago in Buffalo. And since that’s Westside Gunn‘s stomping grounds, the Hitler Wears Hermes spitter joins in on the action with “Full Tank in the Bronco” featuring Levy Grey, a session over Ghostface Killah’s “Might Healthy.”