Verse of the Month: Eminem, ‘The Storm’ 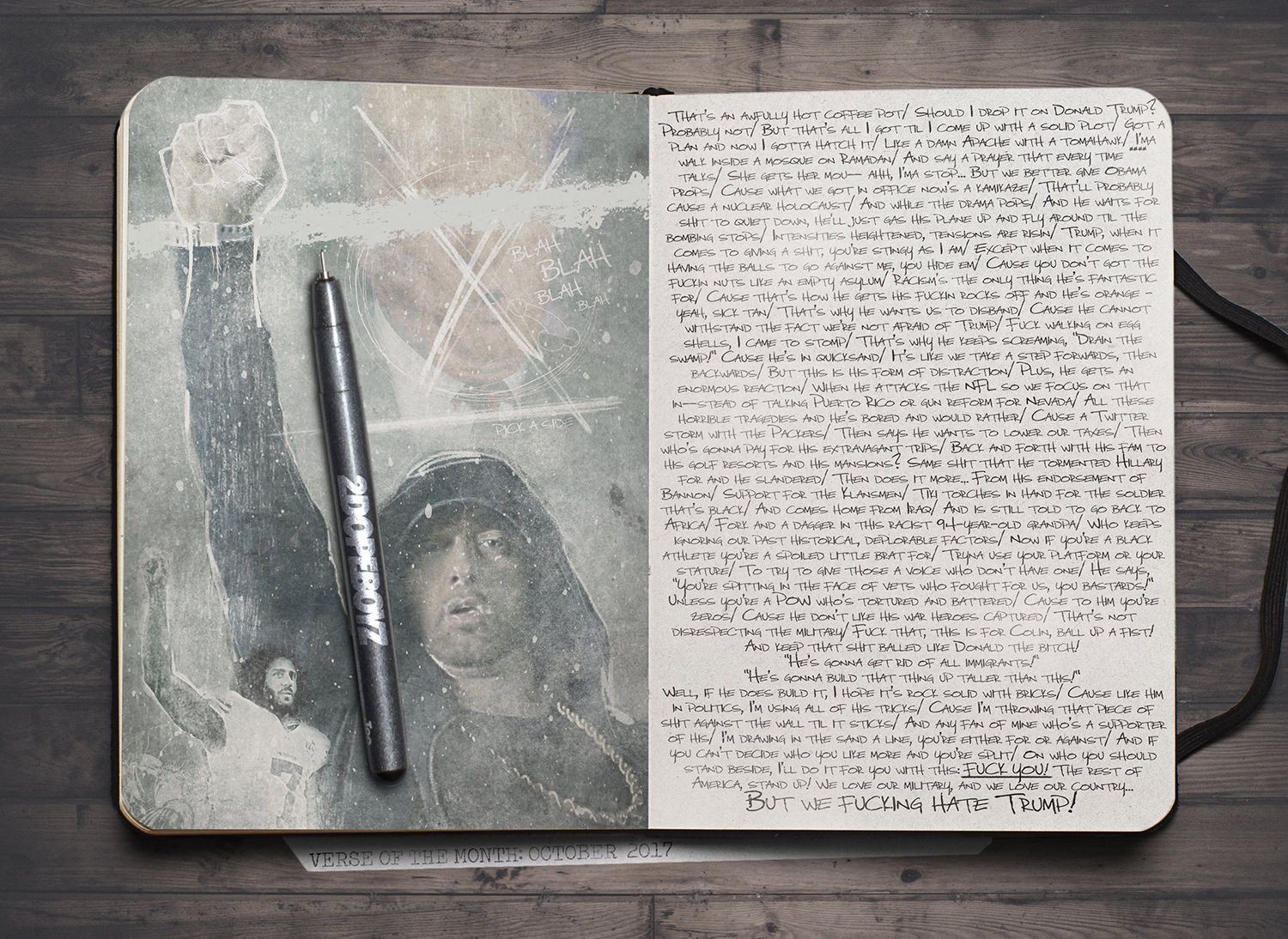 Past winners have included Jay-Z, Kendrick Lamar, André 3000, Nas and Loaded Lux. And for October, Eminem gets the nod for his BET Cypher, “The Storm.”

It may not have been Eminem’s most scintillating display of verbal acrobatics, but it was arguably one of his most poignant lyrical moments amidst the backdrop of a turbulent political climate. It wasn’t a traditional song, so it wasn’t handled like one as Eminem posted up in a garage with the Shady Records family behind him and proceeded to throttle Donald Trump. Obviously, some took Em’s skin color to task but it was the perfect example of taking advantage of white privilege and turning it on its head. Marshall Mathers drew his line in the sand, recognized his audience, surveyed the social climate and addressed it in a session that resembled the Rap Olympics than your usually pre-written freestyle. With Revival on the way, it’s great to see Eminem sees the world through clear eyes and is ready to challenge Trump, the right wingers and anyone that stands in the way of hip hop.

Now, normally, we’d run a poll to gauge the fans’ perspective. But it’s been a rather strenuous month and we just didn’t have the time. That’s not to say there wasn’t some quality bars out there. Big K.R.I.T. had some gems on his new album, Smoke DZA delivered that talk on his new mixtape, Belly‘s “Lullaby,” Conway caught several bodies on More Steroids, IDK, Gucci Mane‘s Mr. Davis intro, and a few others come to mind.

Dope lyrics matter. And we’re all about shedding light on them. So, if there’s something we didn’t mention, please hit the comment section and share some of your favorite verses from October.