Verse Of the Month: Joyner Lucas, “I’m Not Racist”

Past winners have included Jay-Z, Kendrick Lamar, André 3000, and Eminem. And for November, Joyner Lucas gets the nod for “I’m Not Racist.” 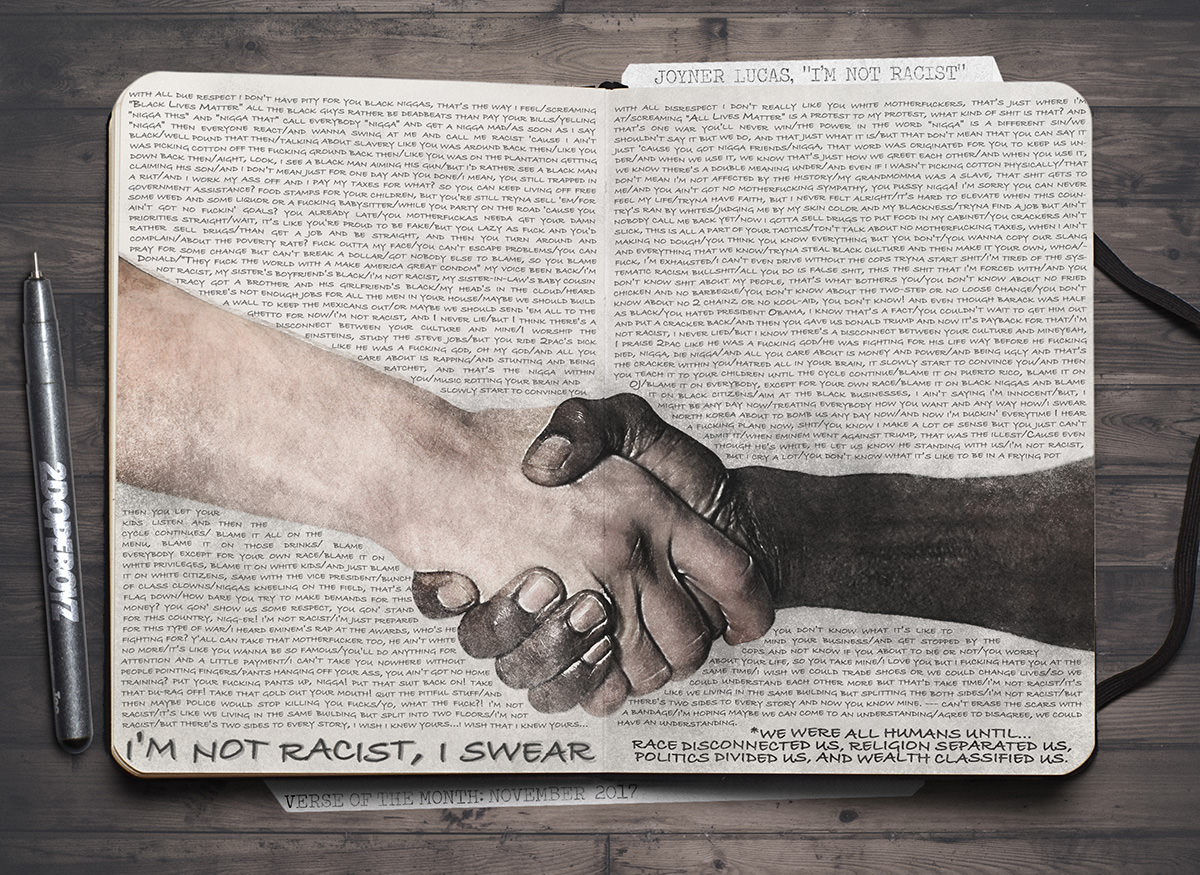 Easily the most talked about song of November came from Joyner Lucas and his song “I’m Not Racist.” With 2017 being a year where racial tension has been on the frontlines of conversation courtesy of the 45th president, Joyner Lucas decided to approach the topic from a unique angle. By taking both sides of the conversation, Lucas had everyone talking. After rhyming about the gripes of MAGA supporters, he crafted an effective rebuttal that outlines a history of torment for African Americans. Sure, the end of the video with both sides hugging it out may not be for everyone, but what Joyner Lucas accomplished with “I’m Not Racist” was certainly a lightning rod for a much needed conversation on race relations in the United States. — Andreas Hale