With Beach House 3 in rotation, Ty Dolla has been spending his time performing on various late night shows (including Kimmel and James Corden). But the crowds aren’t big enough, so he’s taking his talents across the country on the Don’t Judge Me Tour.

Kicking off in Santa Ana, CA on February 21, Dolla will hit Seattle, Denver, Boston, New York, Philly, and more, before wrapping with a hometown show in Los Angeles. Big K.R.I.T. will also be making appearances on a few select dates. 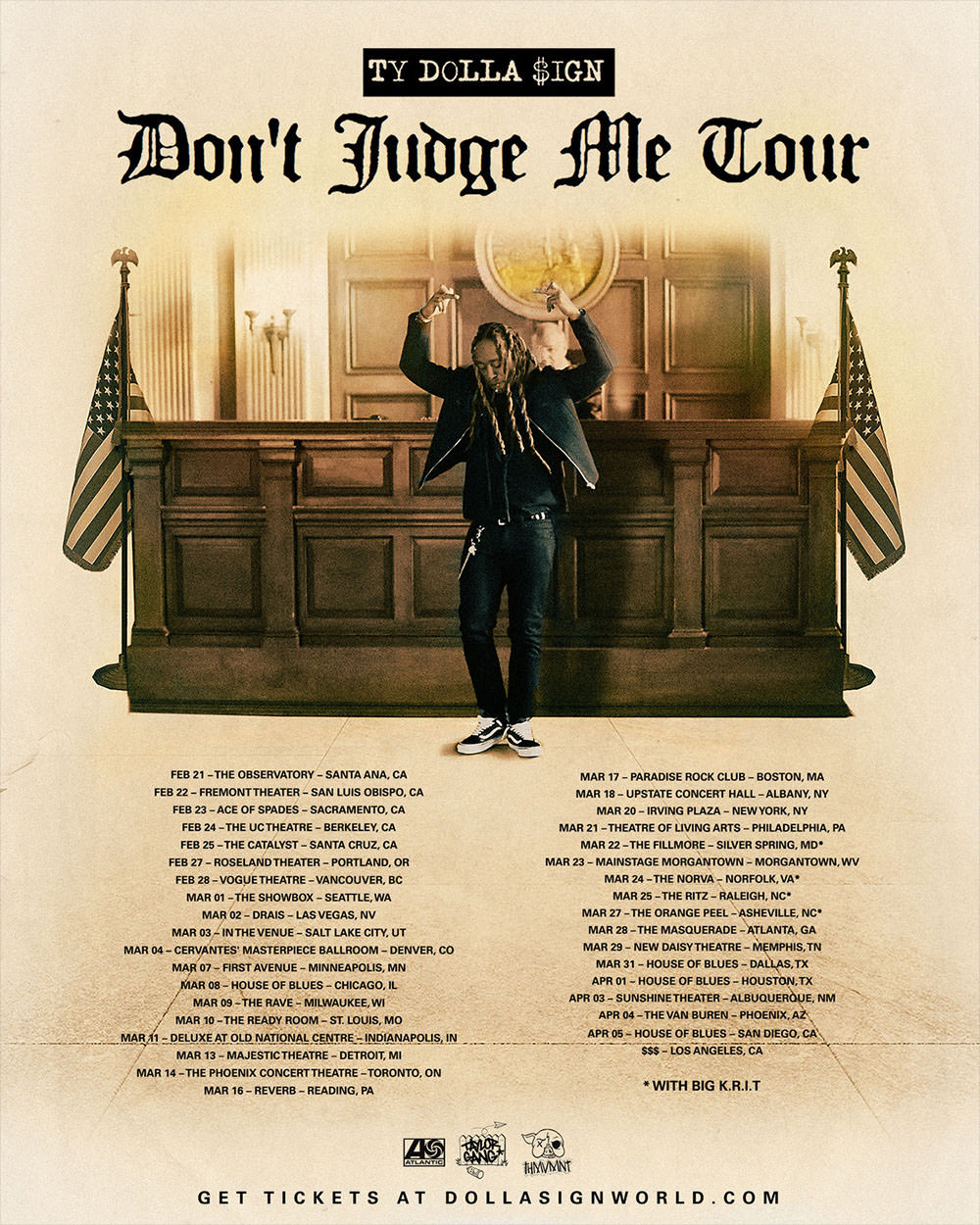