Longtime friends since they met to memorably perform “Stan” at the 2001 GRAMMYs, Elton John and Eminem reunite once again, this time for a conversation for Interview Magazine.

During their lengthy conversation, the two speak on a variety of topics such as sobriety (Eminem has been clean for nine years, Elton over 27), Revival, Donald Trump, Em’s favorite artists of the moment, and more.

Starting with this lovely back-and-forth, a few choices quotes are added below with the full piece available here.

Elton: Hi, Marshall.
Eminem: How are you doing, cunt?
Elton: I’m very well, you old bastard. Are you in Detroit?
Eminem: [laughs] Yeah.

“I’ve been working on it for over a year. You know how it is—you make songs, and as you make the new ones, the old ones get old and you throw them out. The album is called Revival. It’s a reflection of where I’m at right now, but also I feel like what I tried to do was diversify. I’ve tried to make a little something for everyone.”

On his reluctancy to stay in the spotlight

“I studied Dre a lot. I don’t know if you’d call it a mantra or what, but he believed that if you never go away, it’s hard for someone to miss you. And I realize that some people see going away as, ‘Oh, he’s irrelevant now,’ but I feel like if I don’t go away, I get sick of myself. It’s never been my thing to be in the spotlight all the time.”

On not being a fan of his own music

“There are ups and downs. I haven’t had a perfect career. I’ve put some albums out that, looking back, I’m not super proud of, but there’s also a lot of stuff that I am very proud of.”

The process behind “The Storm“

“I wrote it. The original idea was for me to go to the BET Awards and do it acapella onstage. I went home that same day and wrote it all, but then at the last minute, plans got switched around and we filmed it in Detroit.

“One of the things we were trying to mimic was Public Enemy’s “You’re Gonna Get Yours” cover. I don’t know if anybody got that, but that’s kind of the feel that we were going for. My main concern was trying to get the message out and also memorize all the words. I have a hard time memorizing stuff. I’m always in the process of writing a new song, so trying to learn a new one takes a minute.”

On top of the interview, Eminem also unveiled the artwork of Revival last night in Detroit—with help from Jeremy Deputat, Camera Jesus and 1xRun. Peep the cover and reveal below. 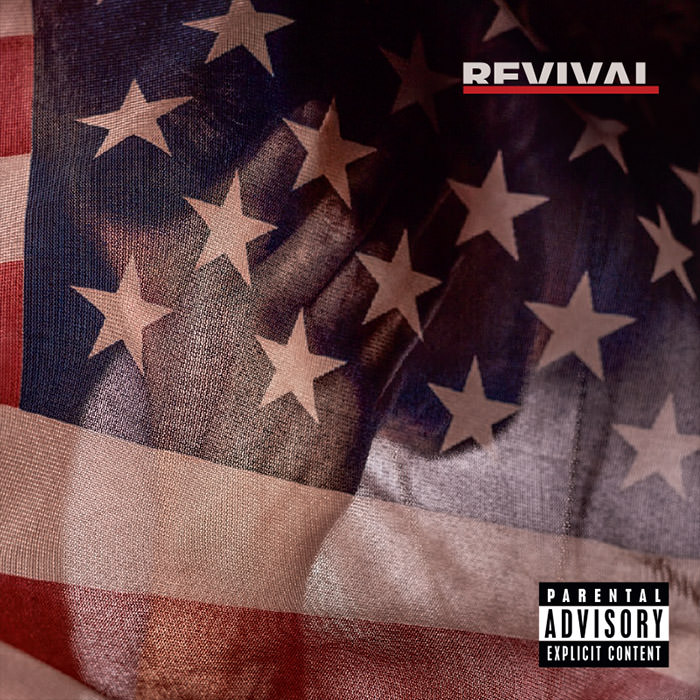 Zaytoven Taps 2 Chainz & Quavo for “Wake Up & Cook Up”