Joyner Lucas and Dizzy Wright are hitting the road.

Joined by special guests Marlon Craft, Eli and Reezy, things kick off January 23 in San Diego. From there, stops will be made in Los Angeles, Seattle, Vancouver, Chicago, Toronto, Houston, New York, and more, before wrapping in Tempe, AZ on February 28. 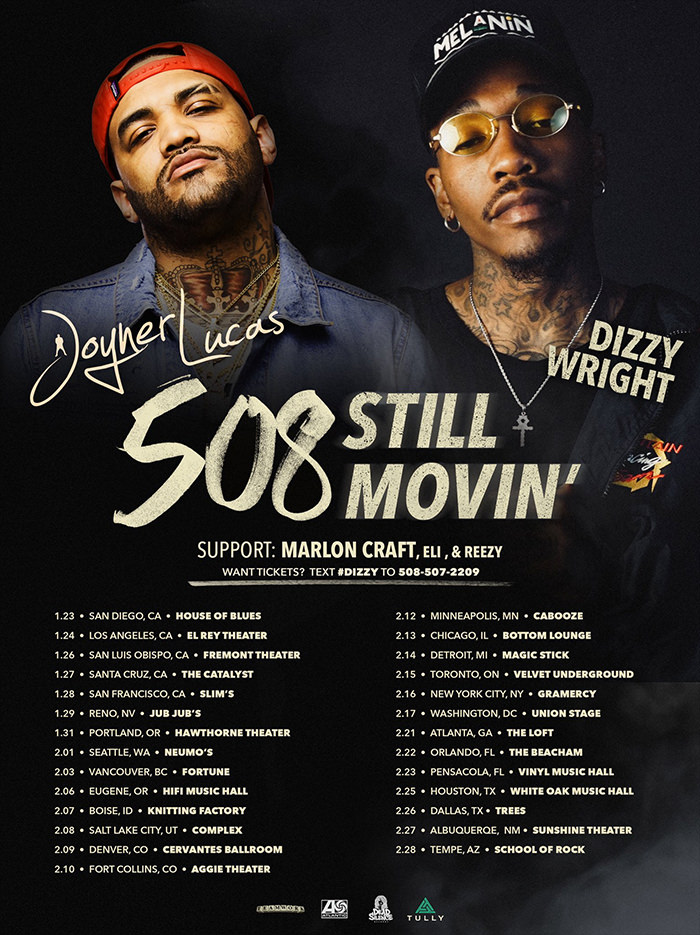