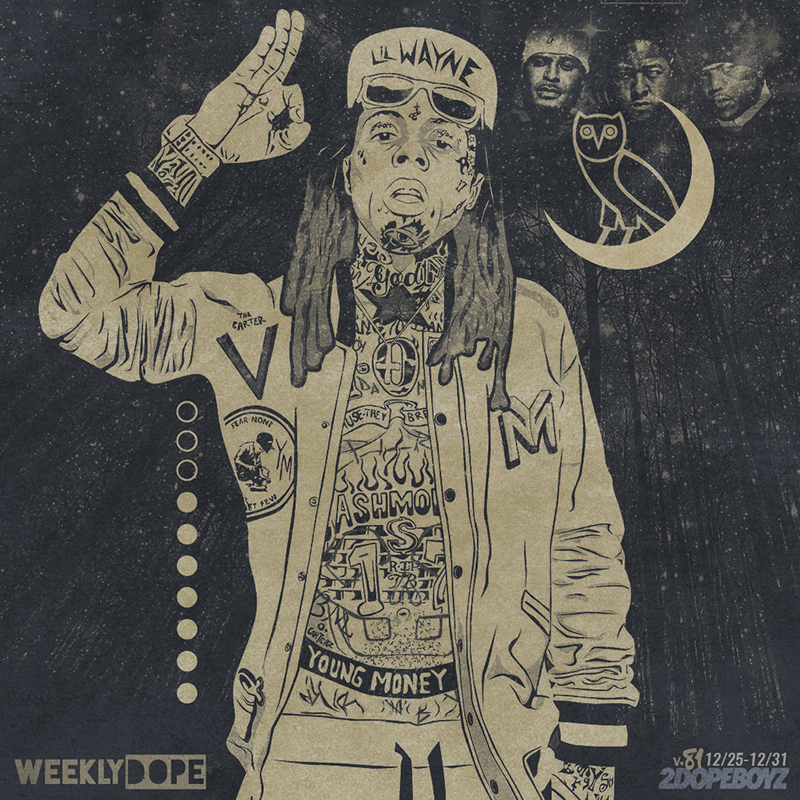 With another seven in the books, we’re back with the final Weekly Dope playlist of the year. And as usual, the week between Christmas and New Year’s Eve was crazy slow.

For the artwork, we ran with Lil Wayne for letting loose Dedication 6 and rocking Jay-Z’s “Family Feud” with Drake. Lloyd Banks for his ‘At Your Request’ freestyles, The LOX for providing a handful of heat rocks, and Curren$y and the Jet Life crew for rapping under the “Moonlight.”

On top of that, Smoke DZA dropped a holiday mixtape, while Dreamville’s J.I.D and Pro Era’s Joey Bada$$ and Kirk Knight all dug in the vaults to unearth gems from 2013. Plus music from The Underachievers, R-Mean, and H.E.R.