Madlib had a DJ set in Denver, CO, this weekend, and in between spinning songs he surprised the crowd by bringing out none other than Yasiin Bey. While the former Mos Def did not perform, he did drop a bombshell and said that… 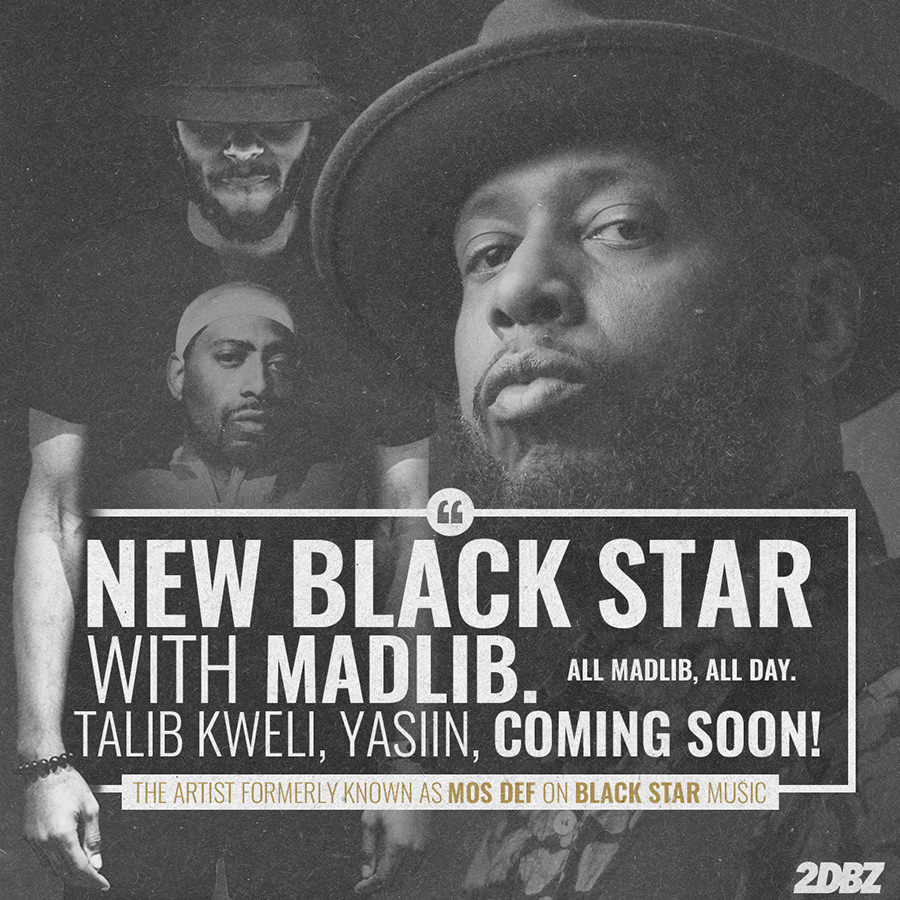 To wit, Black Star has only released one album, 1998’s Mos Def & Talib Kweli Are Black Star. However, in the years since Yaasin/Mos and Talib have appeared together on numerous tracks since, and have frequently toured the planet together. While both emcees at various points have commented on the up-in-the-air status of another Black Star album, Talib took to his Instagram page back on Jan. 31 to reveal that they’ve recently hung out with Kanye West:

Whether Black Star makes their return in 2018 remains to be seen. But, anything’s possible, right?