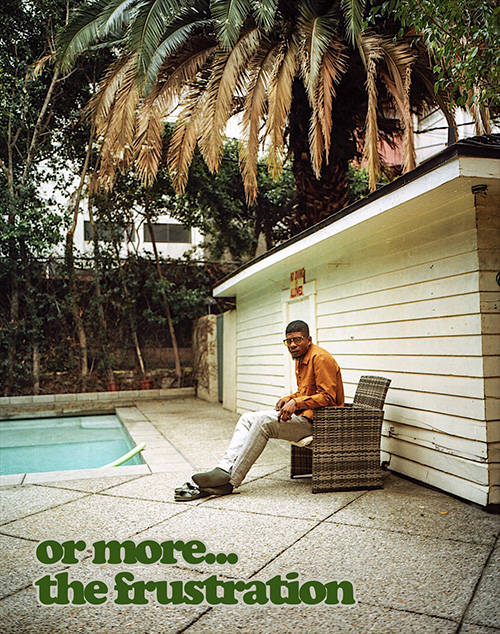 Having closed out 2017 with or more; the anxious, Mick Jenkins is keeping the series rolling with his first project of the year—or more… the frustration.

“‘or more’ is a project series involving musical ideas and concepts that are currently inspiring the album’s creation process,” Mick says. “Carving out the better version of the good thing you have before you is an understated part of that process, chocked full of its own setbacks and speed bumps. I highlights these frustrations as an exhibit, or exploration, of some of the smaller waves in my pool of thoughts.”

The music industry can be frustrating as hell, and it looks like the Chicago rapper is coming to that understanding.

“I guess the frustration of it all definitely leads to new creative discoveries… but sometimes writer’s block is writer’s block,” Mick said on Twitter. “2017 was definitely a year of getting it together for me. Glad I’m in a position to take a year to get it right, no matter the frustrations. It’s not a matter of rushing. More just understanding that things aren’t the way you thought they were. Taking that from life and applying it to the ‘business of creativity’ as opposed to just being creative. Just to have muthaf*ckas tell you who you not better than. Or burn through the project in 20 minutes and one listen, but somehow have two pages to criticize. It’s frustrating to try and write the illest sh*t and carve it out for two years, just to have muthaf*ckas not even understand they they consum music like McDonalds. Which limits their ability to hear you.”

Equipped with eight new songs and a lone feature from Sean Deaux, production is provided by THEMpeople, Drwn, ENG Creation, and Mistermojo. Press play below.