Past winners have included Jay-Z, Kendrick Lamar, André 3000, and Lil Wayne. And for February, we’re rolling with Skyzoo for painting another masterpiece on the intro of his latest album, In Celebration Of Us. 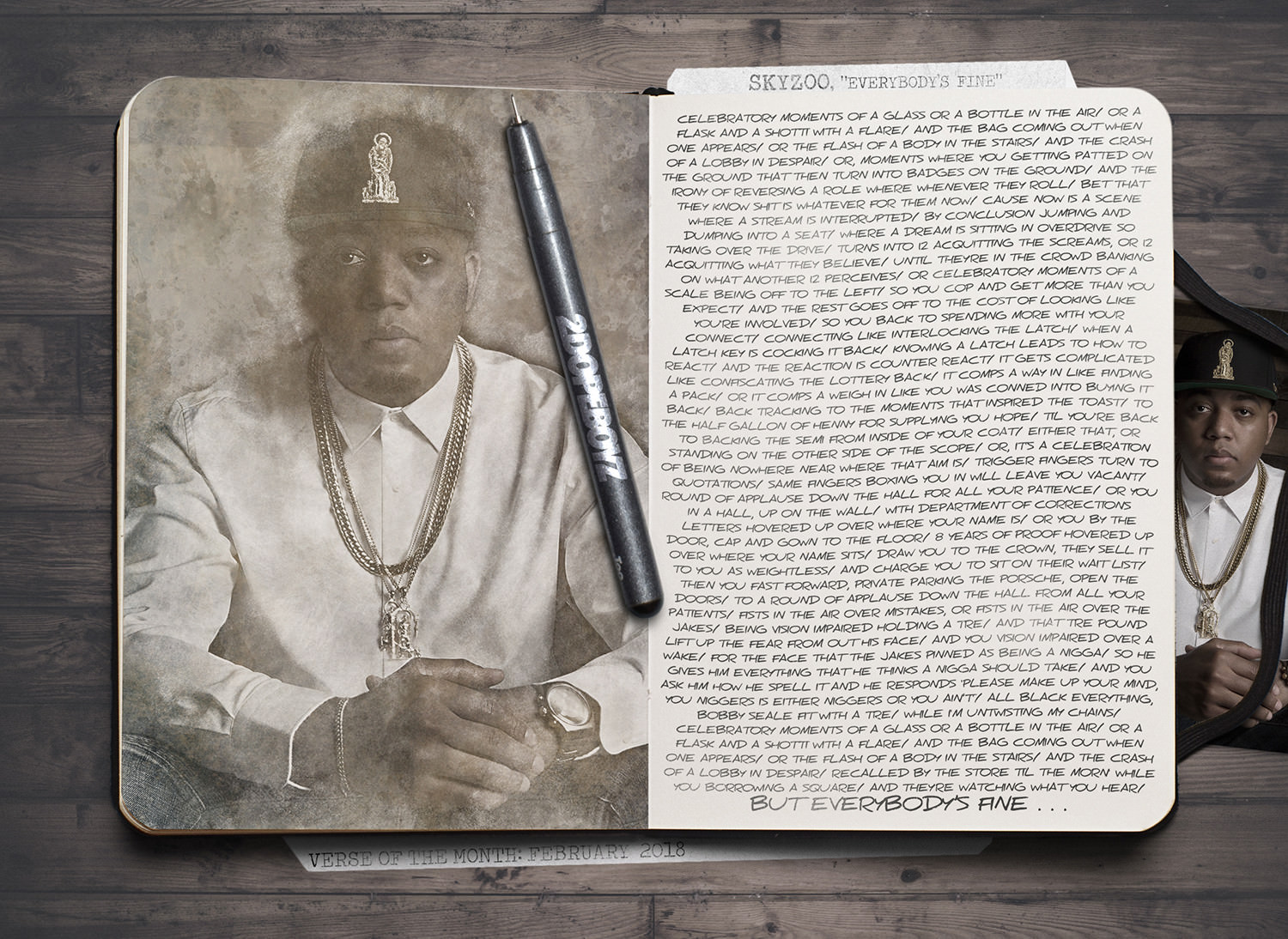 I’m Nigerian, so one of the norms of my culture — amidst the whole “you’re either a doctor, lawyer, engineer or a disgrace to the family” tropes — is that I don’t like to have to repeat myself, or hear someone else repeat themselves.

Skyzoo, however, is a rare exception to that rule.

The opener to his excellent fourth album, Sky To The paints a picture of despair, hopelessness and sadness, masked behind an all-too-familiar response to it all. “It’s just a smorgasbord of all this sh*t that’s going on in our society,” Sky said to Billboard. “It’s all these different sides at one time coming at you. No matter what people will say everything is fine regardless of the issues that’s going on.”

Here’s the kicker, though: the song would be a memorable display of bars had it ended at the 4:53 mark. However, it’s when he repeats the same verse — this time, in a slowed-down, almost spoken word scheme — that the gravity of the lyrics really hit your spirit: “Trigger fingers turn to quotations/ Same fingers boxing you in will leave you vacant.”