It’s been over a year since the initial announcement, but Sango has finally come through with his long-awaited sophomore album, In the Comfort Of.

His first full-length since releasing his North debut in 2013, the Seattle producer has kept busy with a handful of EPs—like the Brazil-inspired De Mim, Pra Você—and producing for the likes of Bryson Tiller, Smino and Tinashe. Fans have been waiting for ITCO, though, and now our ears are finally being blessed.

Locked in at 17 tracks, including “Sweet Holy Honey” with Xavier Omär and “Khlorine” with Smino, In the Comfort Of boasts a guest list of JMSN, Jesse Boykins III, Dave B (who Sango teamed up with on their Tomorrow EP in 2016), Jean Deaux, Romaro Franceswa, and more.

On top of the listed features, the album also includes contributions from Masego (on the sax, of course), Sam Smith, Chris McClenney, and a few more talented acts.

Press play below and be sure to add In the Comfort Of on your preferred streaming platform. 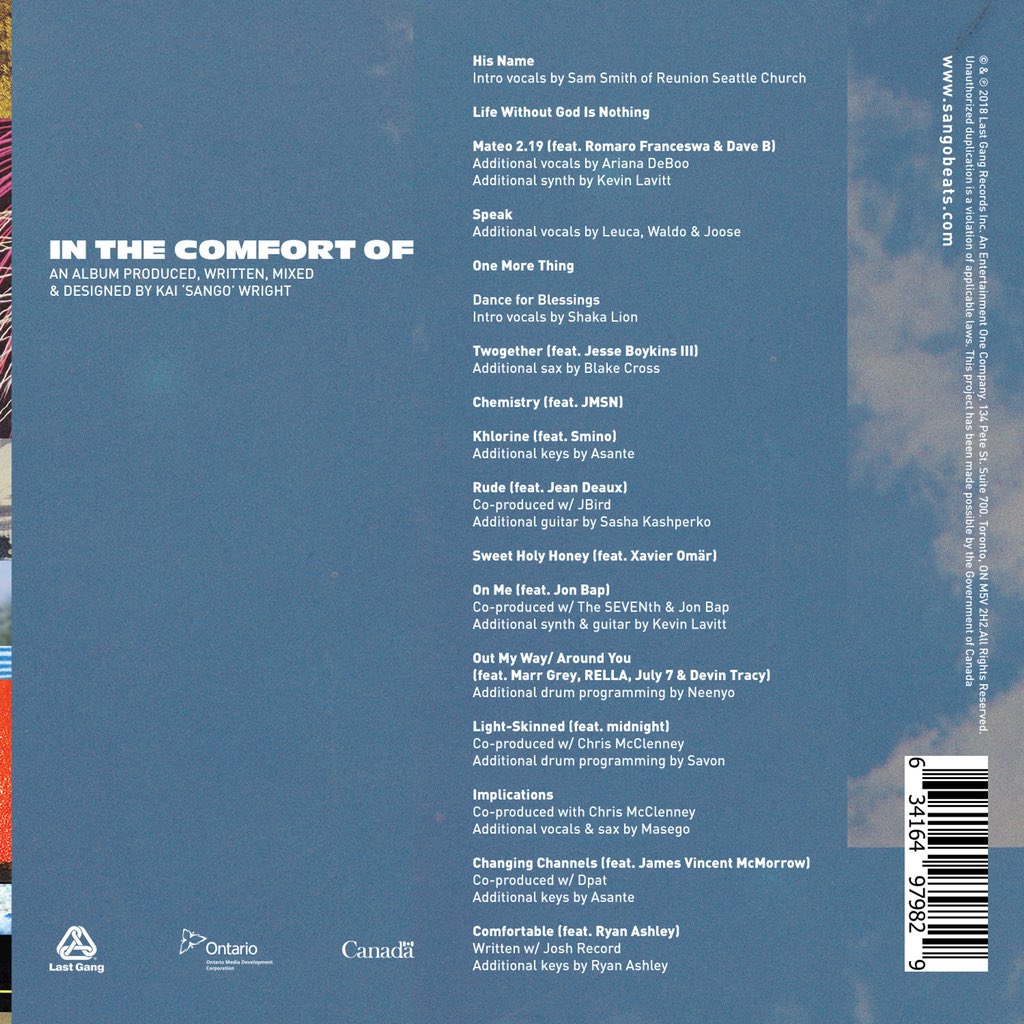 Sango Finally Delivers His ‘In the Comfort Of’ Album was last modified: March 31st, 2018 by Shake
Tags:sango
Share:
Previous Post