Verse of the Month: Phonte, “Cry No More” 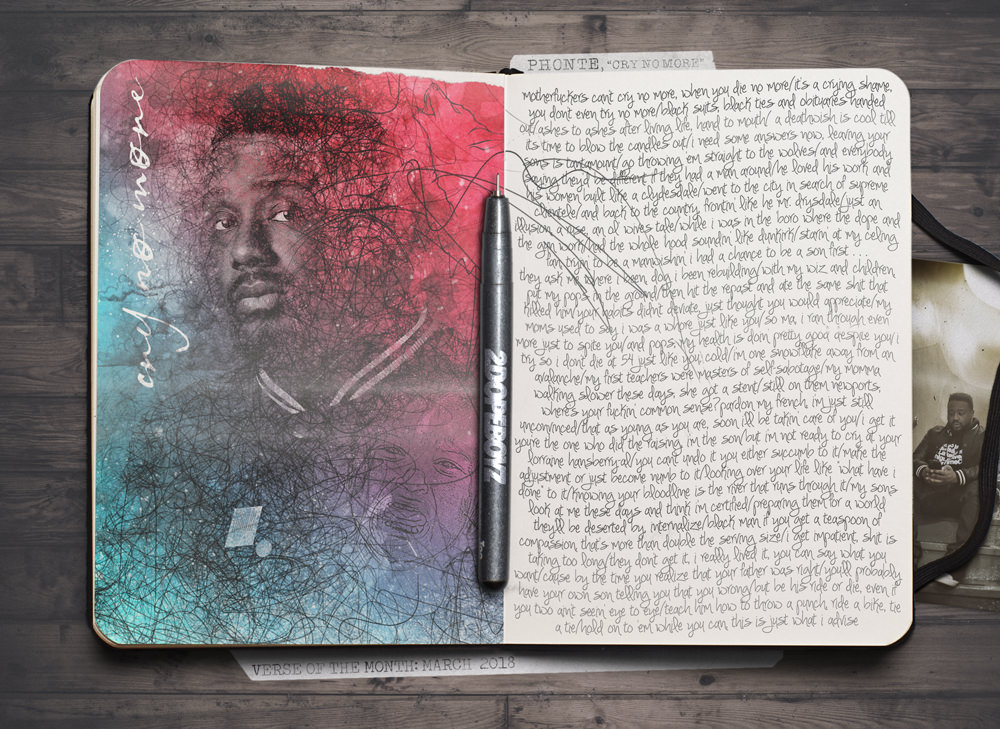 Past winners have included Jay-Z, Kendrick Lamar, André 3000, and Nas. And for March, New Tigallo takes it.

Back in 2016, Phonte announced he was working on No News Is Good News, the anticipated follow-up to his 2011 solo debut, Charity Starts At Home. Two years and a few mammoth sized tragedies later (“In 2016, I lost my dad and my granddad in the same week,” he told Billboard. “And then I lost my uncle on Thanksgiving day.”), the project finally arrived, filled with the numerous quotables fans have come to love from the North Carolinian.

There were a few options that were up for Verse of the Month in March; Conway in rare form on his Blakk Tape, Styles P‘s dope rhymes on Nickel Bag, MURS‘ brutal honesty on his latest album, Wale proving his staying power, any and everything PRhyme related, etc.

However, it was the mid-way point of No News that took the top honors. “Cry No More,” the second half of a two song duo, following “Expensive Genes,” ‘Te mixed an interpolation from JAY-Z’s “Rhyme No More” to paint a somber picture of his turbulent parental upbringing. From a Lothario for a father (“He loved his work and his women built like a Clydesdale/ Went to the city in search of supreme clientele”) and an emotionally obtuse mother who can’t put down the cancer sticks (“My momma walking slower these days, she got a stent/ Still on them Newports, where’s your f*ckin’ common sense?”) to the importance of being a father (or mother) to your children while you can. There is one line, however, that stands out the most: “My first teachers were masters of self-sabotage.” If that doesn’t hit your heart, then perhaps there’s a lump of coal where it should be.