Over the years, DJ Critical Hype has released an assortment of blend tapes—ranging from the Clipse and Slaughterhouse to Danny Brown and Nate Dogg. And now, he’s back with what might be his finest work to date.

Two years after putting Chance the Rapper and Kanye West in a blender on Chance the Dropout, Critical Hype is back at it with The DAMN Chronic, placing Kendrick Lamar vocals over classic Dr. Dre beats—because, Compton.

“The Chance and Kanye tape has a lot of parallels to the Kendrick and Dr. Dre one, so it made sense for my follow up,” Hype told p&p. “Both pairs come from the same city and were big influences to their younger counterparts early in their careers.”

Now, normally I would break down a few of the blends, but I think it’s best you just press play and experience it all at once without knowing what to expect. 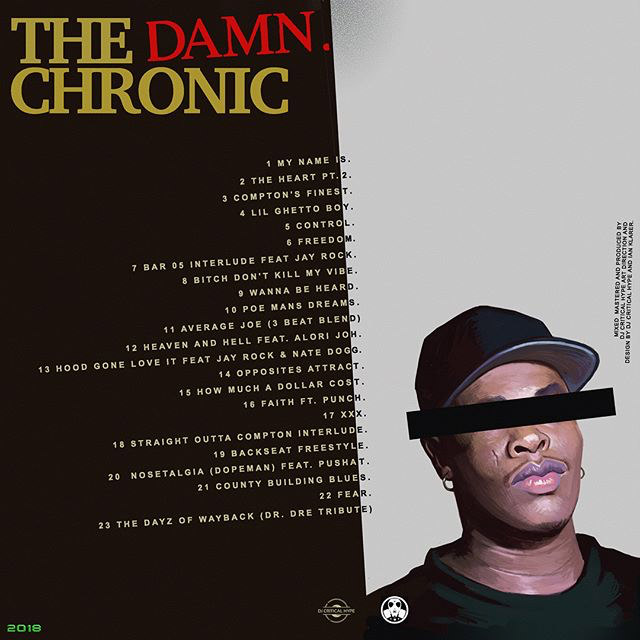