With less than two days left until her debut is shared with the world, Cardi B has revealed the tracklist for Invasion of Privacy.

Led by four singles, “Bodak Yellow,” “Bartier Cardi” with 21 Savage, “Be Careful,” and “Drip” with Migos, Invasion of Privacy stands at a mere 13 tracks, with Cardi deciding not to overwhelm listeners on her debut. Cardi also looks to handle things on her own, with no features besides 21 and Migos appearing on the album. 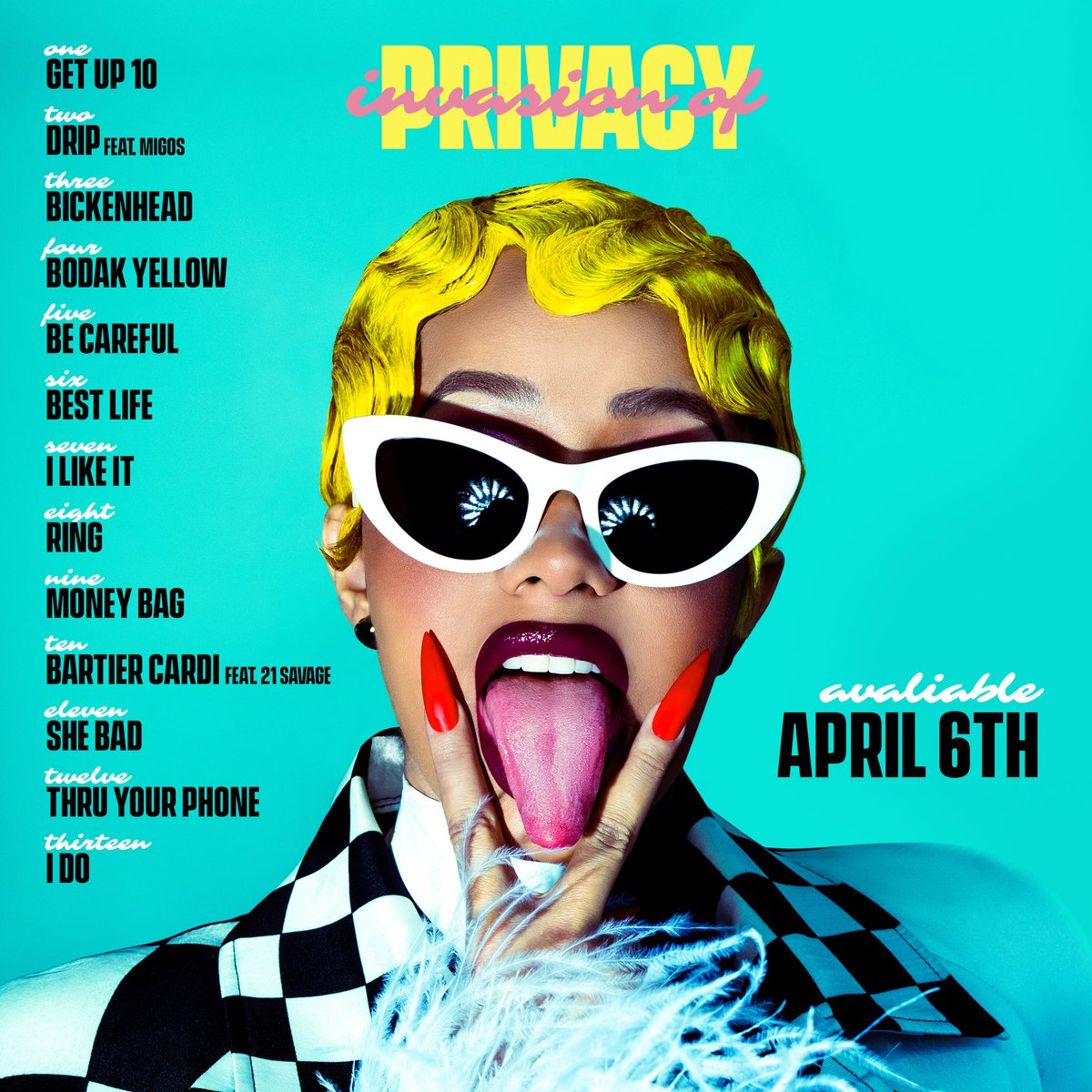 Cardi B Connects With Migos For “Drip”