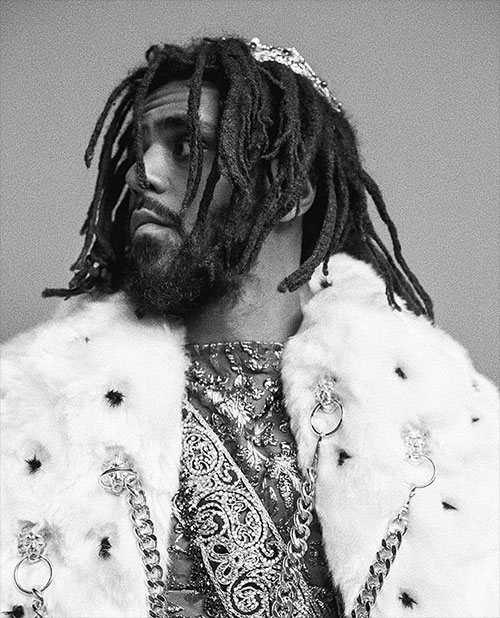 Although KOD just arrived next week, J. Cole is already setting his sights on a few follow-up projects.

Not one to really partake in rap media, a rare profile of Cole was released on Vulture. And yesterday, the rapper took to Twitter to answer questions directly from the fans.

Fielding questions about his favorite songs off the album (“Window Pain,” then “Brackets” and “The Cut Off”), his favorite bar (“One thing about the men that’s controlling the pen that write history… they always seem to white out they sins.”), self-producing the entire project (sans “Kevin’s Heart,” who was laced by T-Minus), and who he’d like to record a joint project with, dead or alive (“Pac no question. And André 3000.”), Cole also revealed a few upcoming projects he’s got on the horizon.

On top of a deluxe edition of KOD, which will feature the full version of “Once An Addict” and a few bonus tracks, and The Fall Off (which we’re assuming will complete the trilogy of The Come Up and The Warm Up), Cole also revealed his alter-ego kiLL edward (who has his own Twitter) is working on a project of his own, as well.

Following the end of the Twitter interview, Cole also announced the first annual Dreamvillefest, which is going down in Raleigh, NC on September 15th.