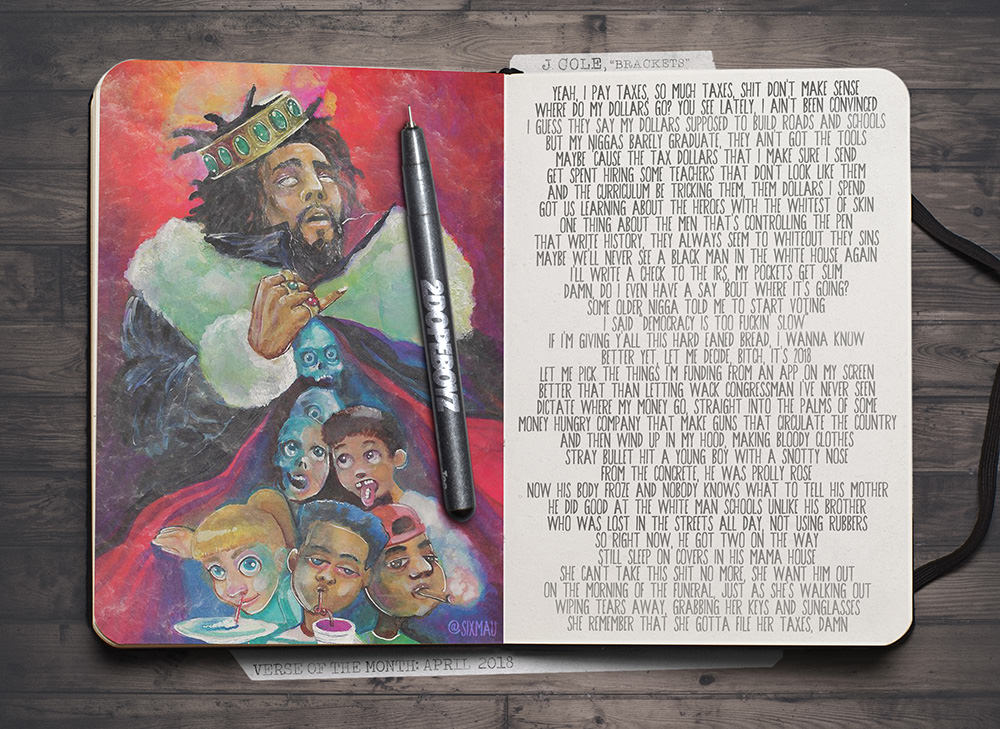 Past winners have included Jay-Z, Kendrick Lamar, André 3000, and Phonte. And for April, Cole World takes it.

“The real is back, the Ville is back.”

Reappearing from the shadows with the short-notice release of his fifth studio album, KOD,  J. Cole takes April’s VotM honors with his second run on “BRACKETS.”

Many of today’s rappers tend to disconnect themselves from the troubles and perils of everyday society once they reach a certain level of success. Warm and cozy in the their own bubble, these artists rarely attempt to place themselves in the society their fans live. Not J. Cole. Like Kendrick Lamar, Joey Bada$$ and a few others, Cole takes direct aim at a well-discussed topic in the US; our (bogus) tax system. Throughout the second verse on “BRACKETS,” the Dreamville rapper questions why the tax dollars taken fail to fix the issues they were intended for. Next, he suggests a solution to this issue and ends the verse by painting a picture that depicts a possible tragedy resulting from the poor money-handling by our ‘leaders’ in office. There is no ducking the issue, small or large, it effects the majority of people in this country. Ignoring it, along with the many other issues that need attention, exhibits a lack of compassion and empathy. With this verse, Cole shows listeners that is not the case and that he is indeed down for the cause, actively seeking a solution.