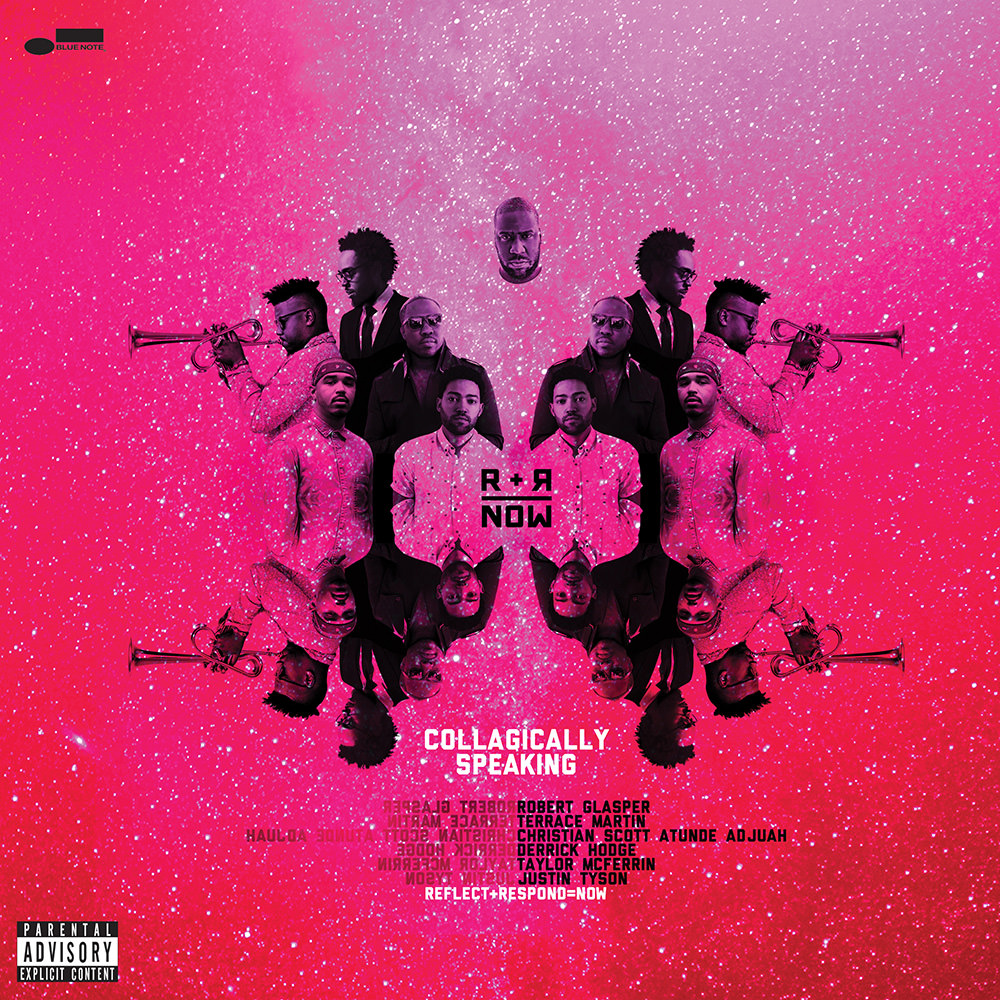 With Collagically Speaking impacting next month, Robert Glasper, Terrace Martin and company are back with a second taste of R+R=NOW‘s upcoming album.

In case you missed the memo, Glasper and Terrace have formed a supergroup with the likes of Christian Scott aTunde Adjuah on trumpet, Derrick Hodge on bass, Taylor McFerrin on synth and beatbox, and newcomer Justin Tyson on drums. Together as R+R=NOW, the group came together last year when Glasper was asked to put together an all-star line-up for a SXSW show in Austin. After rocking the show, all parties involved reunited in Hollywood and proceeded to record an album’s worth of music, comprised of their first run through each song.

After kicking things off with “Change of Tone” earlier this month, the band keep it coming with “Colors in the Dark,” which comes with an excellent description from the song’s press release.

The band’s DNA is evident in the song’s woozy soul with Martin’s robo-coo floating like a hallucination over a lush scene rooted by Hodge’s warm bass and featuring a breezy Glasper piano solo that crests in a sudden burst from Tyson.