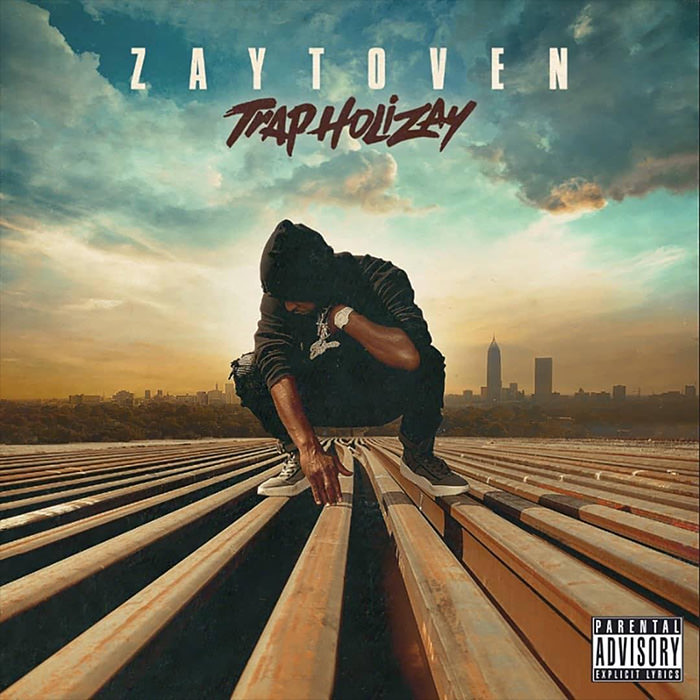 After years of grinding and selling music out of his trunk, Zaytoven finally caught a break in 2005 when Gucci Mane’s “Icey” caught the attention of the mainstream. From there, he went on to win a GRAMMY for his work on Usher’s Raymond vs Raymond album. And ever since, the Atlanta-based producer has continued to rise in the ranks while crafting beats (in a matter of minutes) for everyone from Migos and 21 Savage to Jeezy and Future.

Still, with over 15 years in the game, Zaytoven has yet to release a proper album—until now. Fresh off releasing a pair of mixtapes last year (Where Would The Game Be Without Me 2 and Trapping Made It Happen), the super producer has finally come through with his official debut album, Trap HoliZay.

Locked in at 12 tracks—including “Wake Up & Cook Up” with 2 Chainz and Quavo, “What You Think” with Ty Dolla $ign and Jeremih, “Left Da Bank” with Young Dolph, “East Atlanta Day” with Gucci Mane and 21 Savage, and “Go Get The Money” with Rick Ross, Pusha T, T.I. and Yo Gotti—the album also comes equipped with features from Offset, Future, Trey Songz, Trouble, Plies, Kodak Black, and Lil Uzi Vert.

Press play below and be sure to add Trap HoliZay on your preferred streaming platform.