Future is following in Curtis Mayfield‘s footsteps and will produce the soundtrack to the upcoming remake of Superfly. And following the first single, “No Shame” with PARTYNEXTDOOR, Futche has teamed with rising newcomer Yung Bans for the second, “Bag.”

Ahead of the film hitting theaters on June 13th, “Bag” can be heard below.

On top of the new song, Future also unveiled the official tracklist for the soundtrack—which is basically a Future album with guest appearances from Young Thug, 21 Savage, Lil Wayne, Miguel, and more. 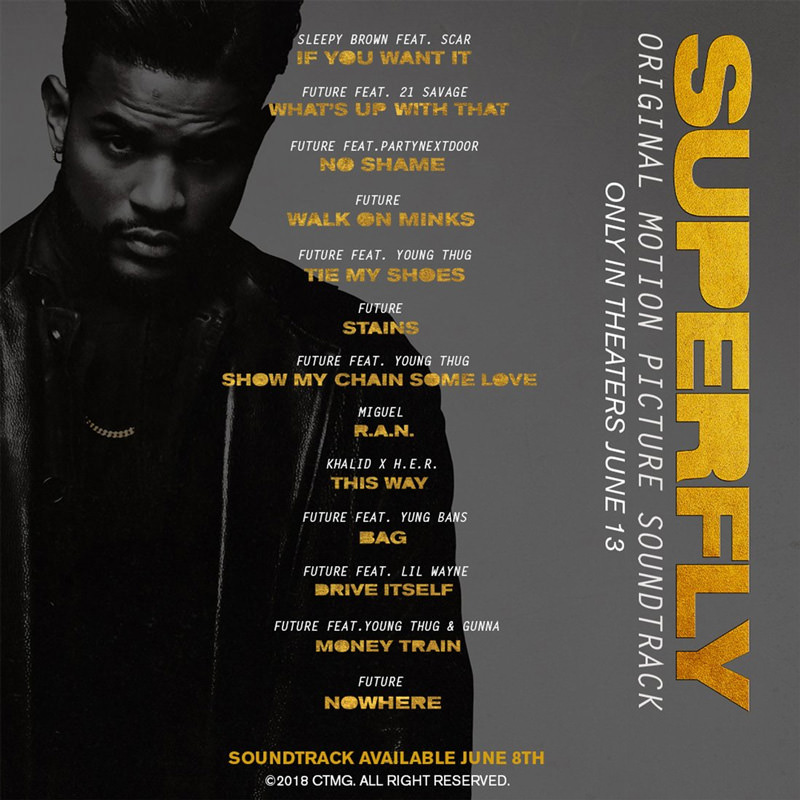