With Flockaveli 2 looking at an October release, Waka Flocka Flame celebrates his 32nd birthday with the release of a new project called Big Homie Flocka.

Locked in at 23 tracks, the follow-up to his and Big Bank’s Brick House Boyz project with Zaytoven comes equipped with features from a handful of artist I’ve never heard of (no shots) over production from Lex Luger, Southside, Zaytoven, Louney G, and others. 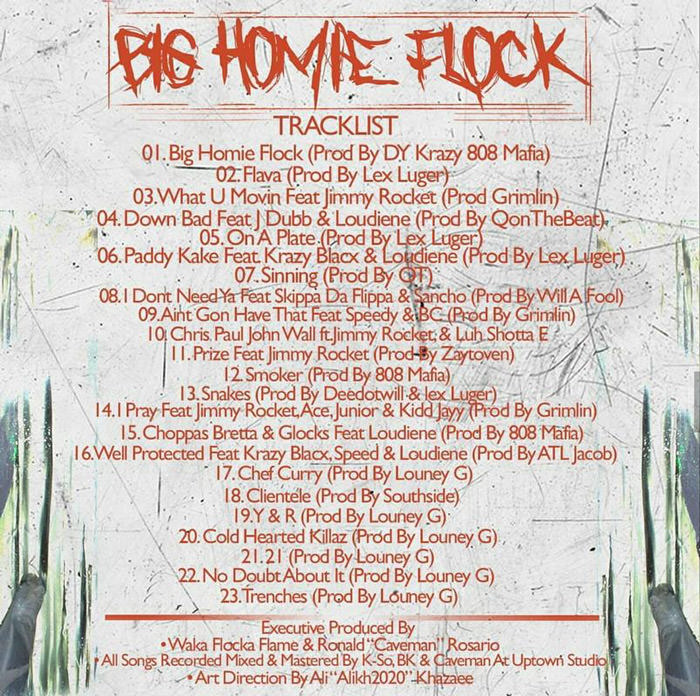