Shake’s Songs of the Week Vol. 7 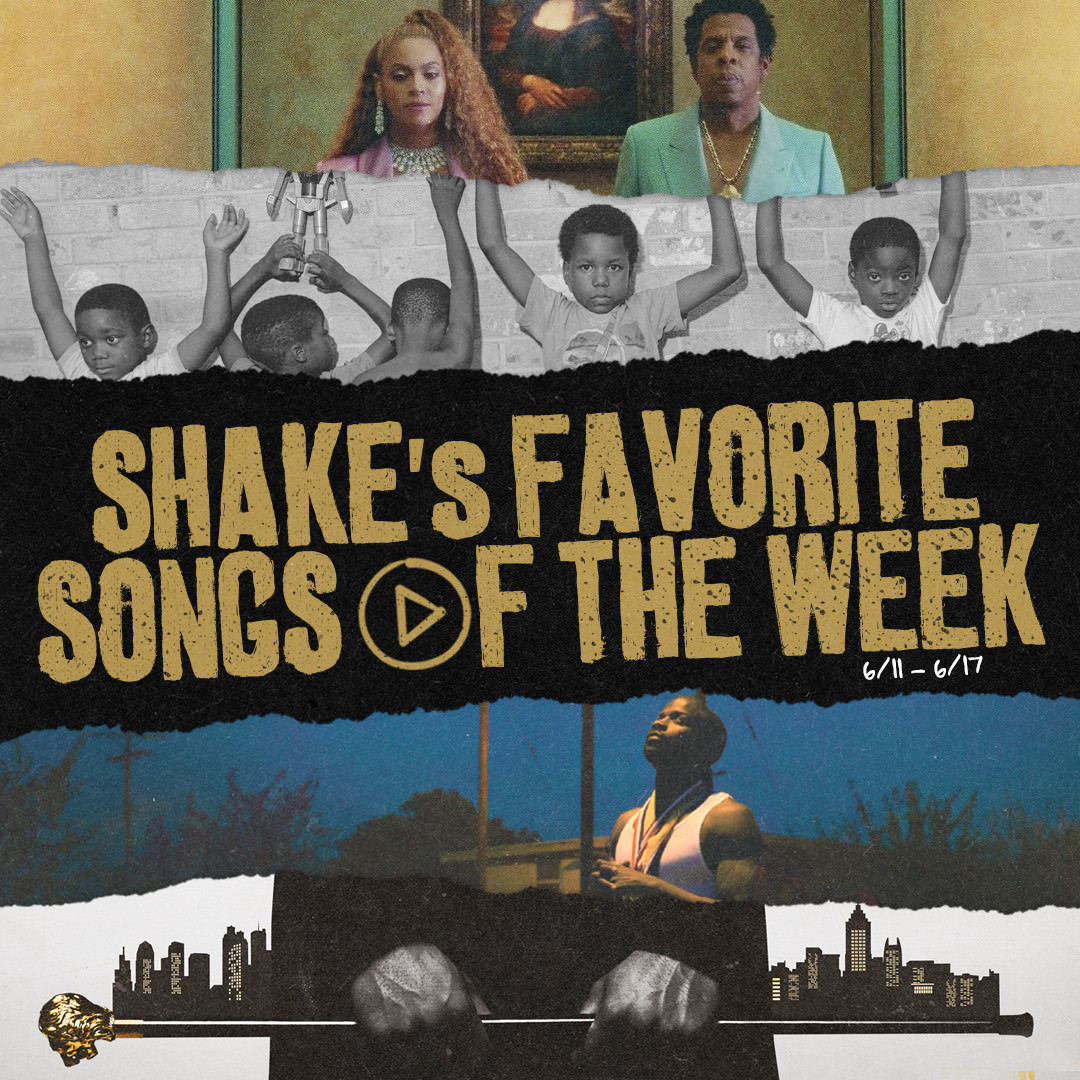 For the last 105 weeks (count em), I’ve been putting together a Weekly Dope playlist that compiles all the music that was released to help fans catch up. On average, each playlist consists of 30-40 songs. So, in an effort to put a little more of a personal touch on things, I’ll also be sharing a list of my personal favorites from the week.

Oh buddy, what a week! As if Jay Rock and Nas albums weren’t enough, Jay-Z and Beyoncé decided to crash the party with one of their own. Picking four of my favorite tracks (two from Rock, because Redemption SLAPS), I also included the left-field collaboration between Rick Ross and Smif-N-Wessun over 9th Wonder production, a Kanye West-laced gem from Christina Aguilera (no, seriously), a standout from Allan Kingdom‘s Peanut Butter Prince EP, and RL Grime‘s new single with Jeremih and Tory Lanez.

For the bonus tracks, GoldLink and Miguel got together for a groove, as did Brasstracks and Xavier Omär, new jack YBN Cordae scored another one, Lou the Human continues to prove he’s not human when it comes to the raps, Chromeo kept the funk coming on Head Over Heels, the Gorillaz shared another gem off The Now Now, and Robert Glasper, Terrace Martin and company delivered the goods with their R+R=NOW project.

XXXTentacion Shot To Death In Florida