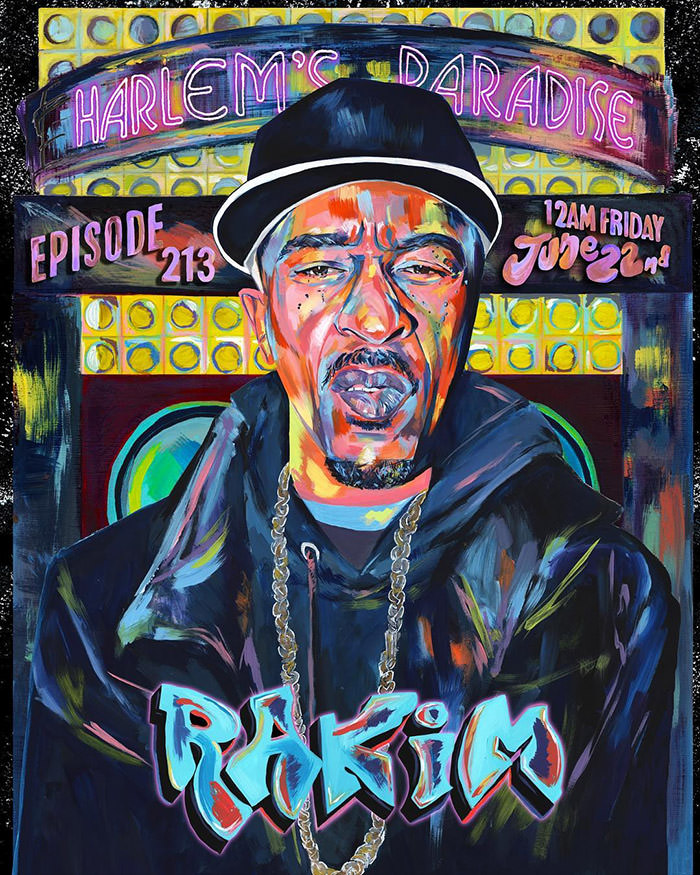 The second season of Marvel’s Luke Cage is now streaming on Netflix and thanks to it’s accompanying soundtrack, we’ve got a new Rakim song for our earholes.

Making an appearance the show, Rakim performs “King’s Paradise” in front of a packed crowd at the Paradise nightclub. Produced by Adrian Younge and Ali Shaheed Muhammad (who helped score the show for a second time), the song pays homage to the greats from Harlem—from Malcolm X and Lena Horne to Louis Armstrong and… well, Luke Cage.

Check out the performance below and keep scrolling for the soundtrack, available on all streaming services.