Youth of the Apocalypse – “Drop the Bomb” f. DOOM (Video) 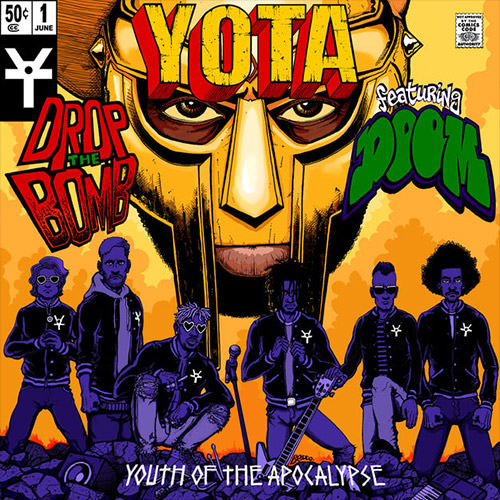 Back in June, DOOM assisted Youth of the Apocalypse on their introductory single, “Drop the Bomb.” And now, with their debut mixtape on the horizon, the brainchild of Jeff Wootton (Gorillaz) and Jamie Reynolds (Klaxons) come through with an accompanying video.

“The shocking imagery in this video acts as a reflection of the past, to show us a mirror image of our present day, to highlight mankind’s long, harrowing history of odious violence and senseless destruction and how we clearly haven’t learned anything from all the pointless and atrocious acts of warfare, invasion and genocide that have been committed and experienced over the years,” the video’s director Denholm Hewlett says. “It feels like we are currently living in a new era of nuclear uncertainty, a modern day cold war, the anxiety and tensions surrounding global superpowers and their destructive capabilities is on the edge of everyone’s minds. This video is an anti-war and anti-bomb statement that asks the question – ‘How much death, grief, fear and chaos will it take for us to finally wake up and start focusing on the bigger picture, when will the governments of the world give up their precious nuclear weapons and their tedious war games and actually attempt to repair the catastrophic damage that’s been inflicted on us and the planet?’ We need real love, support and understanding for one another now more than ever before. Time is running out for the human race and maybe we’re already past the point of no return, but we must keep on relentlessly fighting for a positive change and a brighter future as a species until the day that they finally decide to Drop The Bomb….”

Black Eyed Peas Return With Powerful Video, “Get It”