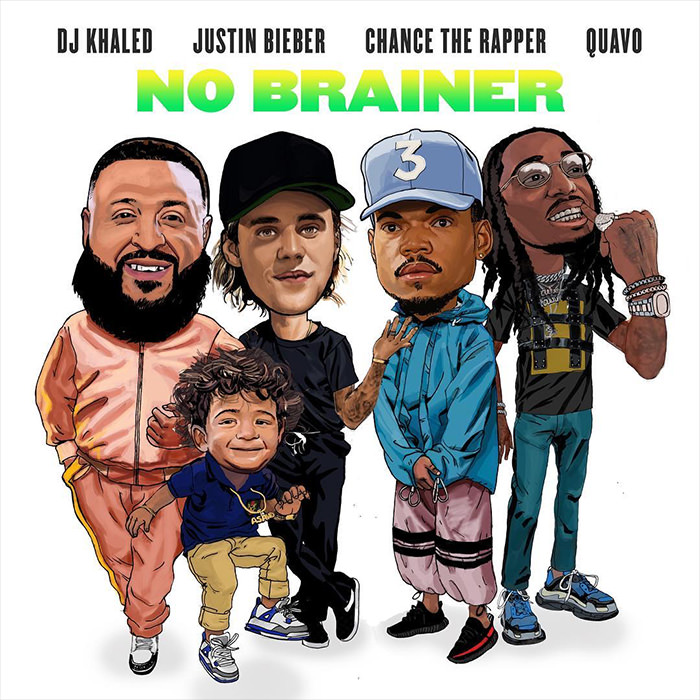 DJ Khaled is back in album mode.

With his Father of Asahd album on the way, the Miami resident reunites with his “I’m the One” collaborators—Chance the Rapper, Justin Bieber, and Quavo (Lil Wayne must’ve missed the memo)—for his new single, “No Brainer.”

Teased with a hilarious clip featuring a back-and-forth between Asahd (voiced by Kevin Hart) and his pops, “No Brainer” can be heard below. Video out now, as well.

That boy @asahdkhaled growin’ up too fast!! His price just went up! 📈📈 Bless up @applemusic! 🙏🏾🙏🏾 #TheNegotiation #NoBrainer out 2morrow! Thank you @kevinhart4real directed by @amandler creative direction by @thelarryjackson @wethebestmusic FATHER OF ASAHD 🙏🏽