Shake’s Songs of the Week v.15 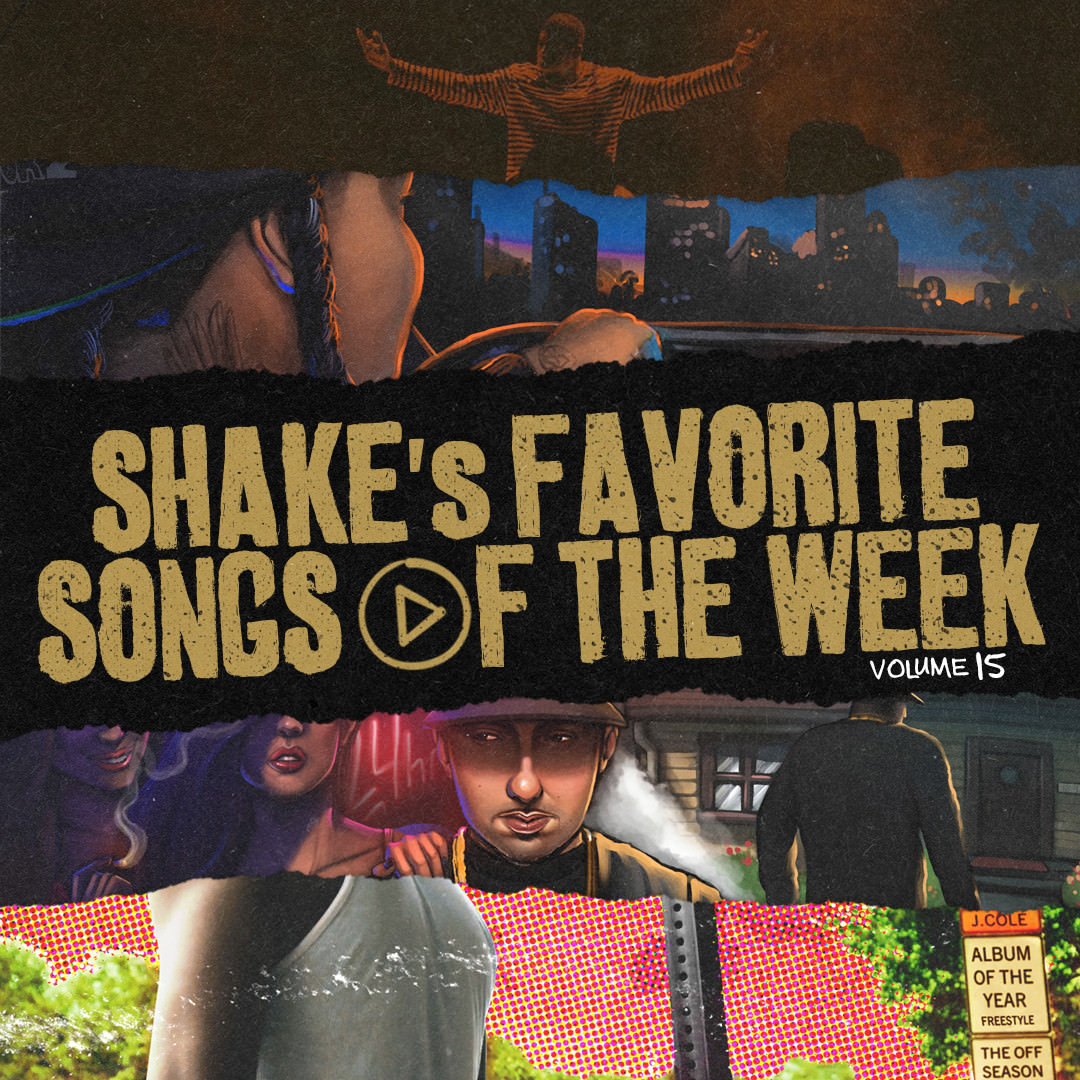 For the last 113 weeks (count em), I’ve been putting together a Weekly Dope playlist that compiles all the music that was released to help fans catch up. On average, each playlist consists of 30-40 songs. So, in an effort to put a little more of a personal touch on things, I’ll also be sharing a list of my personal favorites from the week.

On Volume 15 of my Songs of the Week playlist, I’ve got J. Cole kicking things off with his take on Nas and The Bravehearts’ “Oochie Wally” beat. From there, Mick Jenkins got busy on “Bruce Banner” while Young M.A‘s “Car Confessions” was worth a rewind or two. Don Q and A Boogie linked up with 50 Cent for a Murda Beatz-laced jam, Marlon Craft and Bodega BAMZ put on for the new jacks of New York, and Brooklyn’s Phony Ppl made their grand return. I’ve got highlights from Termanology, DJ Muggs, Trippie Redd, AD and Tobi Lou‘s new projects, plus new loosies from Childish Major, ZHU and Majid Jordan, CVIRO & GXNXVS, The MXXNLIGHT (as heard on Rolling Papers 2), Cantrell, The O’My’s, and the almighty Wu-Tang Clan.

Apple Music and Spotify playlists available below; with each being updated every Monday morning.

Jay-Z & Beyonce’s ‘Everything Is Love’ Gets Chopped Not Slopped