Travis Scott is on a mission.

Fresh off topping the charts with Astroworld last week, the Houston native is currently in a head-to-head battle against Nicki Minaj (Queen) over the #1 spot.

Despite Nicki doing the absolute most (from interviews with everyone and their moms and spilling tea any chance she gets), Scott’s numbers still might be strong enough for a back-to-back run. Instead of gossip, he’s been promoting his album with videos (“Stop Trying To Be God“), festival announcements, curating music for NBA 2k19, and giving out $100k to fans through CashApp.

Keeping things rolling, Travis Scott just announced he’s hitting the road in the near future on his Astroworld Tour.

IVE BEEN READY TO GET BACK ON ROAD FOR A LONG TIME!! ASTROWORLD TOUR IS FINALLY HERE!! PRESALE NOW ON SHOP.TRAVISSCOTT.COM ON SALE NEXT WEEK! I MADE SEASON PASSES FOR THE REAL RAGERS. U GET IN FIRST!! VERY LIMITED. BRING THE SWEATTTT

So far, only festivals dates and the cities getting shows on the first leg of the tour, but a full list of dates should be revealed soon. Until then, you can cop a season pass for early access on tickets and march.

UPDATE (8/20): The dates have been revealed with Gunna, Trippie Redd and Sheck Wes riding along as special guests. 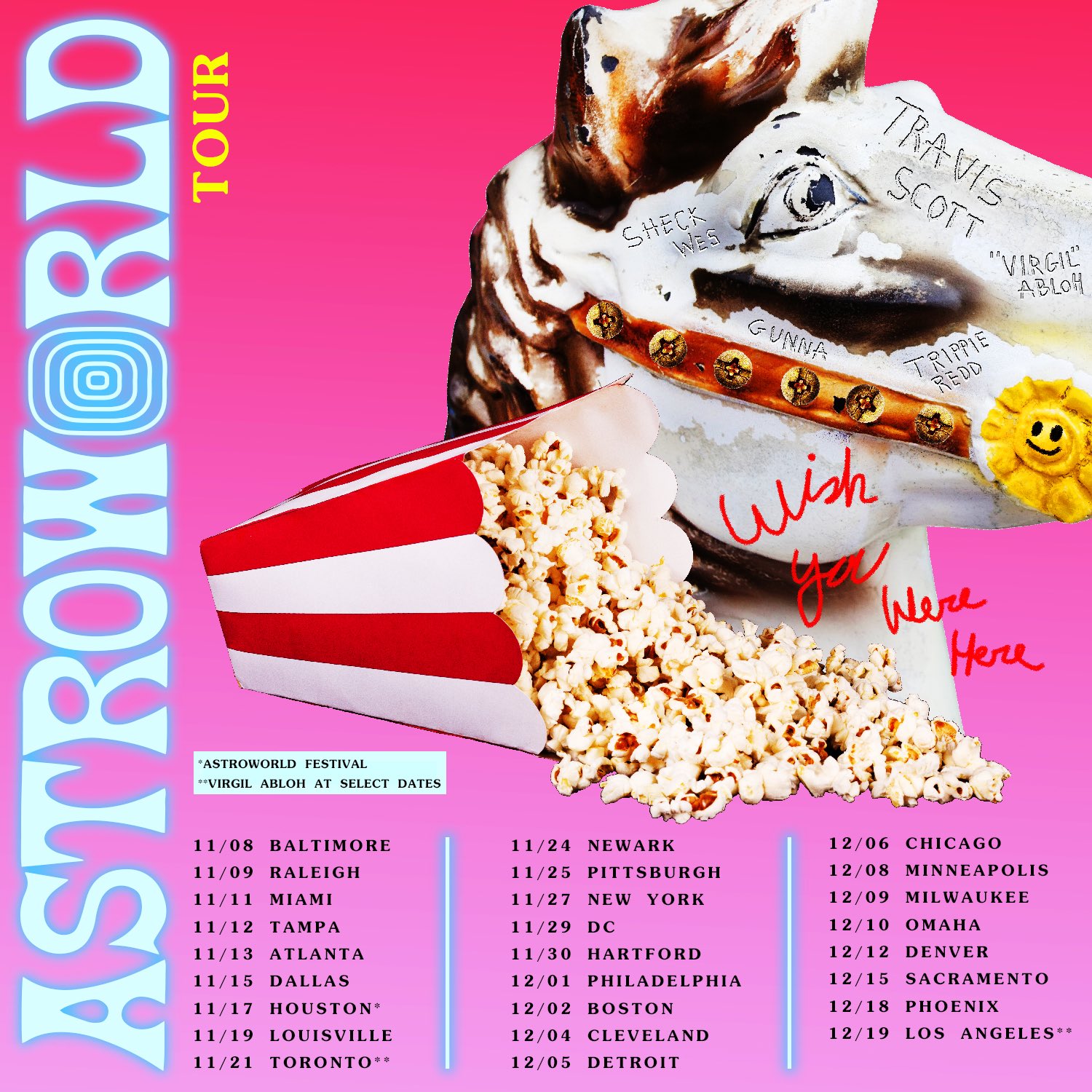