With multiple GRAMMYs and a few platinum records under his belt, Wyclef Jean has always prided himself in having a golden ear in discovering and developing talent. And with his next project, Wyclef Goes Back to School, he’s taking things to another level.

Like the title suggests, Clef took time out during the promotional run of his Carnival III album to visit college campuses and find unknown talent to help develop and mentor. From UCLA to NYU, the search was wildly successful and those that stood out the most will be featured on the mixtape.

Before introducing any new acts, Wyclef has teamed up with longtime collaborator (and former rival) Canibus for a track called “Letter to Cacnibus.”

With the past behind them, Clef and Canibus go back-and-forth about gifted lyricist’s prior missteps—from beef with LL Cool J and Eminem to the “notebook-gate” debacle during his battle with Disaster back in 2012.

Press play and follow along with the lyrics below. Wyclef Goes Back to School drops September 6th. 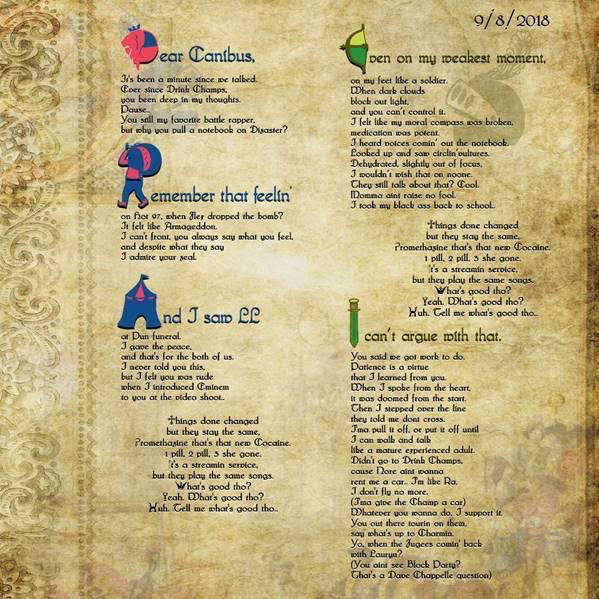