Shake’s Songs of the Week v.18 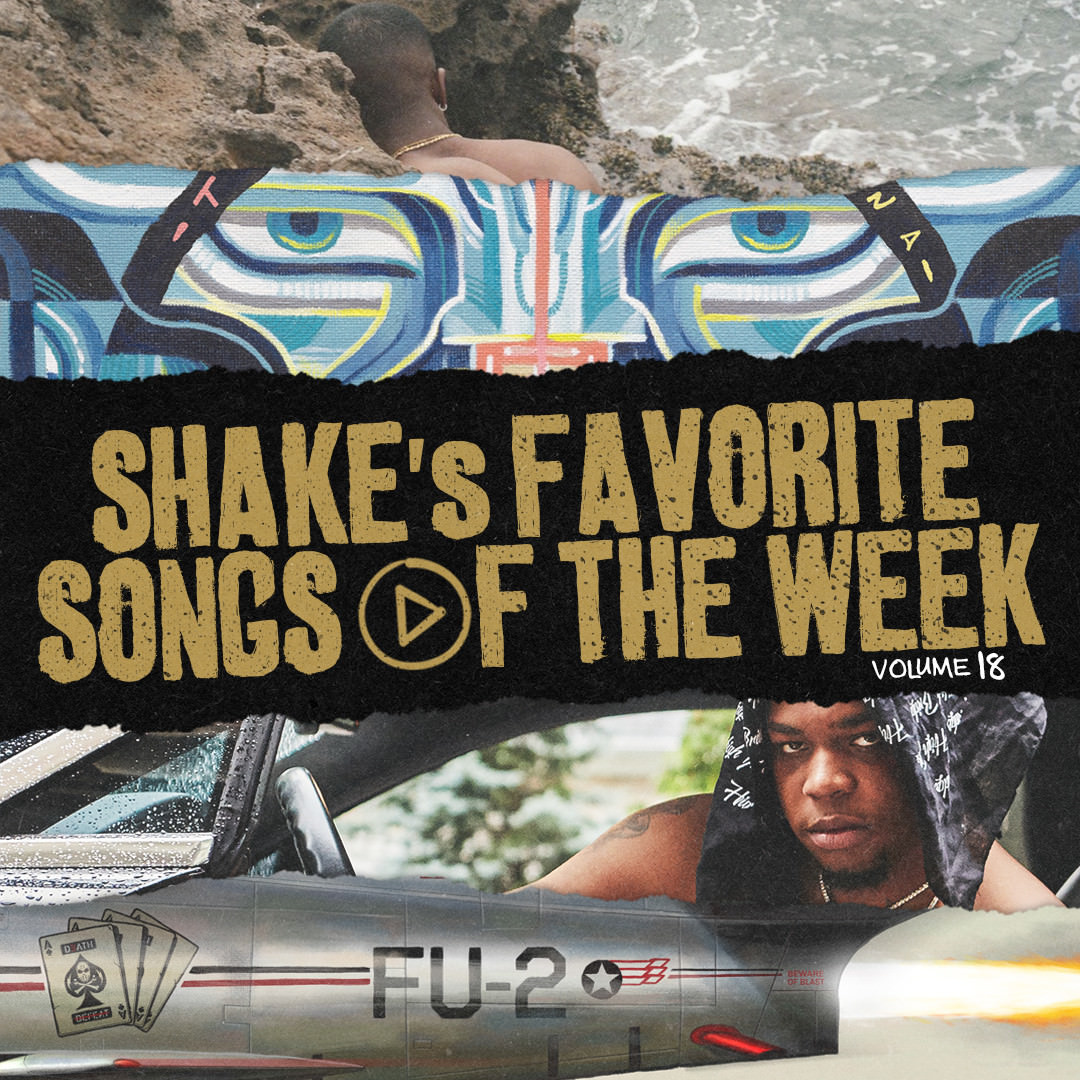 For the last 116 weeks (count em), I’ve been putting together a Weekly Dope playlist that compiles all the music that was released to help fans catch up. On average, each playlist consists of 30-40 songs. So, in an effort to put a little more of a personal touch on things, I’ll also be sharing a list of my personal favorites from the week.

For Volume 17 of my Songs of the Week playlist, Eminem kicks things off going into hyperdrive on the intro to his Kamikaze album. From there, Young Chris shows he’s still got plenty in the tank, Don Q pulled up with G Herbo and Dave East (can we get a project from these three, please), and Mick Jenkins taught another class of lyrical gymnastics. I’ve got some standout tracks off projects from Bun B, Sunni Colón, Curren$y, Jonah Cruzz, and YoungBoy Never Broke Again. Lloyd resurfaced from the shadows, YBN Cordae‘s “Scotty Pippen” finally made streaming services, and Tash Sultana blew me away with her Flow State album. On top of all that, there’s also some gems from Boogie, Gallant, Nao (with SiR), NJOMZA, Marcus Yates, James Vickery, and Anieszka.

Also, considering Joell Ortiz‘s “Get the Strap” freestyle is only available on Soundcloud, I added Sylvan LaCue‘s “Hunger” as a bonus. It originally appeared on his 2014 project, Searching Sylvan, which has finally been added to streaming services.

* Only available on Soundcloud.