In a recent interview with Clash magazine, Pharrell took some time out of his busy schedule to discuss the creative spirit, the art of collaboration, the importance of empathy, success, and the proudest moment of his career.

It was on the topic of collaborating where the 45-year-old producer decided to drop a bomb, though.

“All of my biggest songs were songs that I did with or for other people,” he said before revealing he “made ‘Frontin’ for Prince” and “wrote ‘Happy’ for CeeLo.” 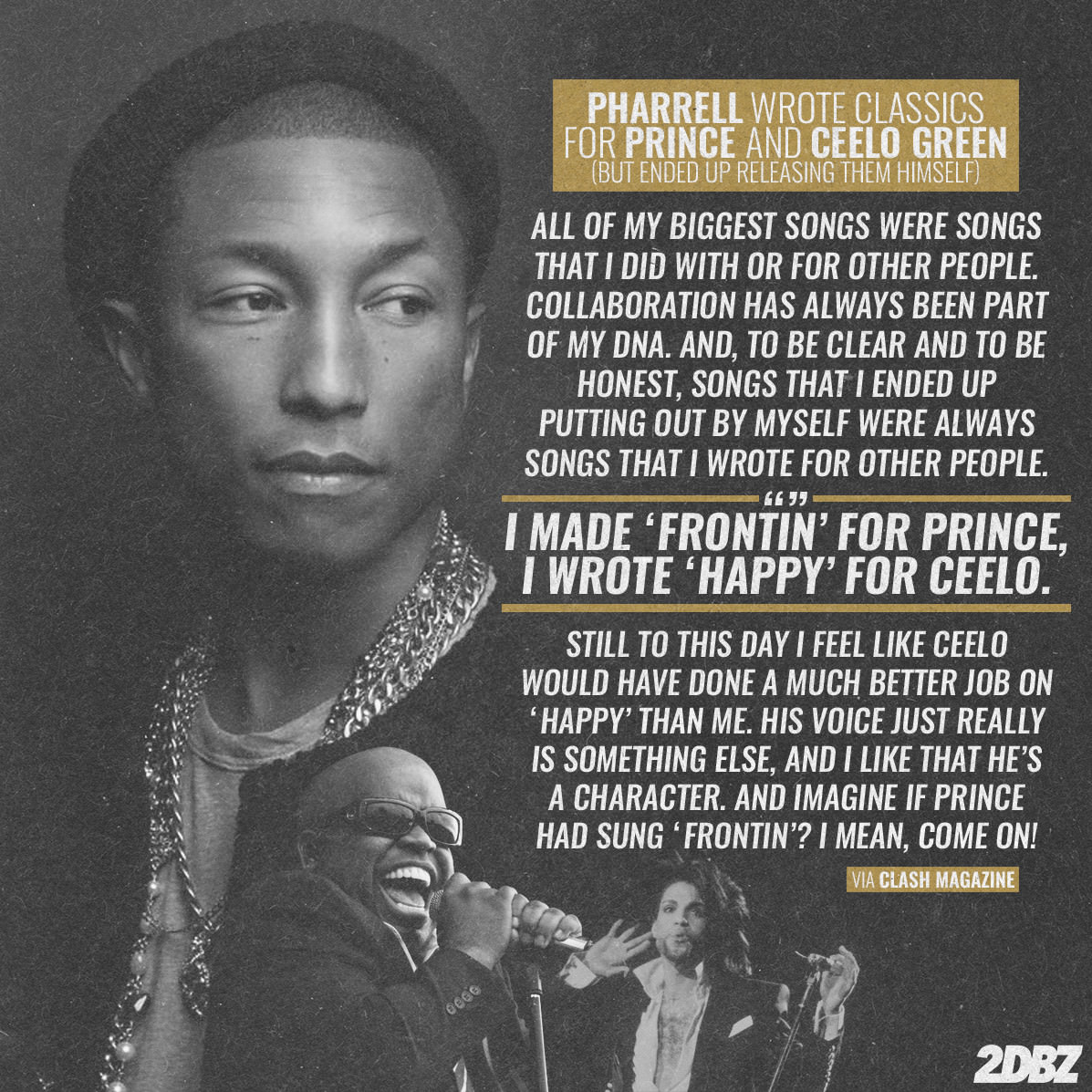 “Still to this day, I feel like CeeLo would have done a much better job on ‘Happy’ than me,” he continued. “His voice just really is something else, and I like that he’s a character. And imagine if Prince had sung ‘Frontin?’ — I mean, come on!”

To some, the Prince story is old news, as Pharrell made a mention of it years back in another interview. But pairing it with the “Happy” tidbit and it’s rather interesting to hear.