J. Cole’s ‘Dreamville Festival’ Is Back On! New Artists Added to Lineup Currently tearing down arenas on the KOD Tour, J. Cole has unveiled the official lineup for the first ever Dreamville Festival, going down September 15th in Raleigh, North Carolina.

Peep the flyer below and get your tickets here. 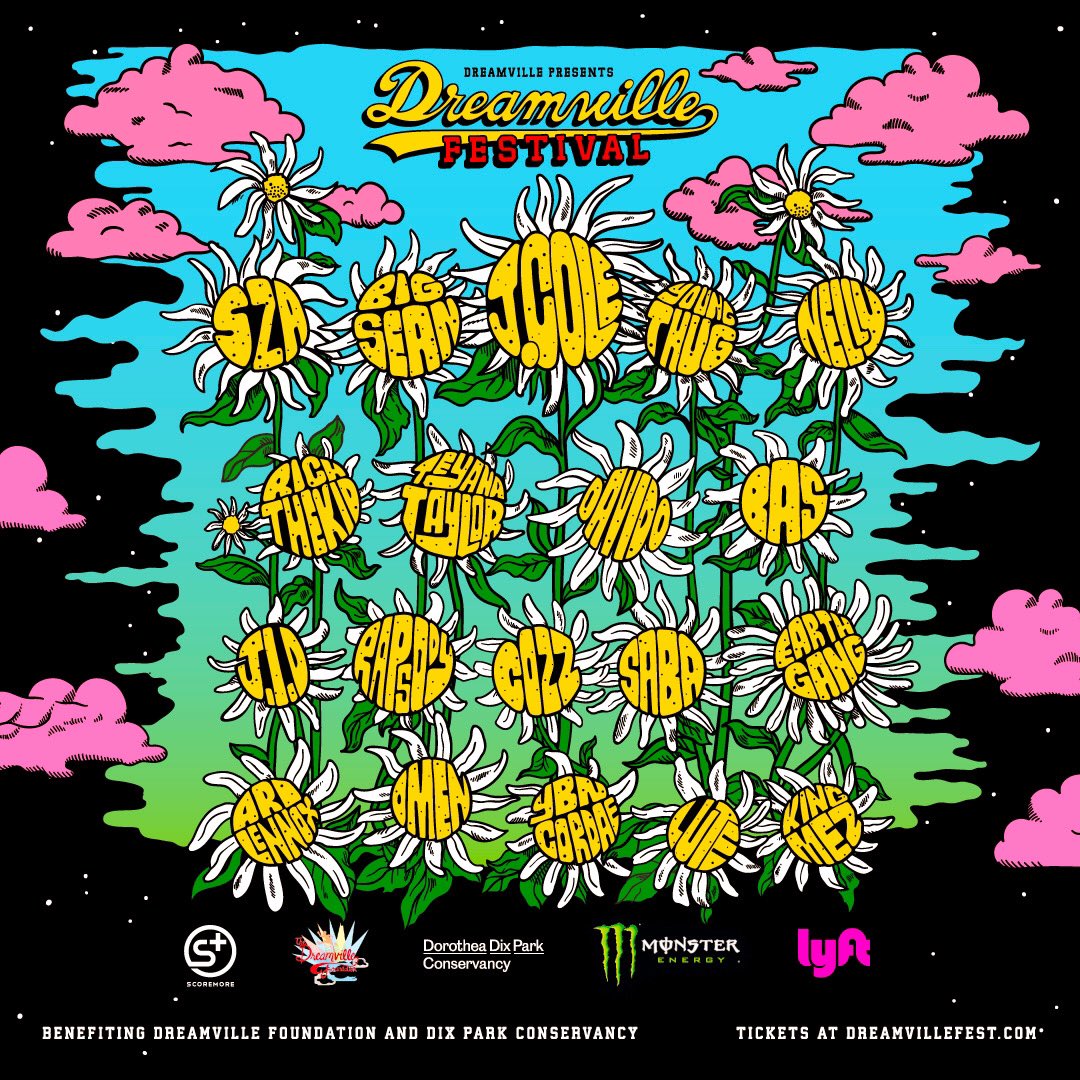 UPDATE: Well, damn… thanks to that bitch Hurricane Florence, J. Cole and the team have been forced to cancel the inaugural Dreamville Festival. A new date is being worked on and refunds will be given out.

Mannn. Due to this Hurricane heading to NC, we have to cancel Dreamville Festival. We’re working to get another date, but right now safety is most important. I appreciate everybody that was headed to rock with us. 30,000 + were expected. 🤯🤯

All tickets will be refunded. Bsafe 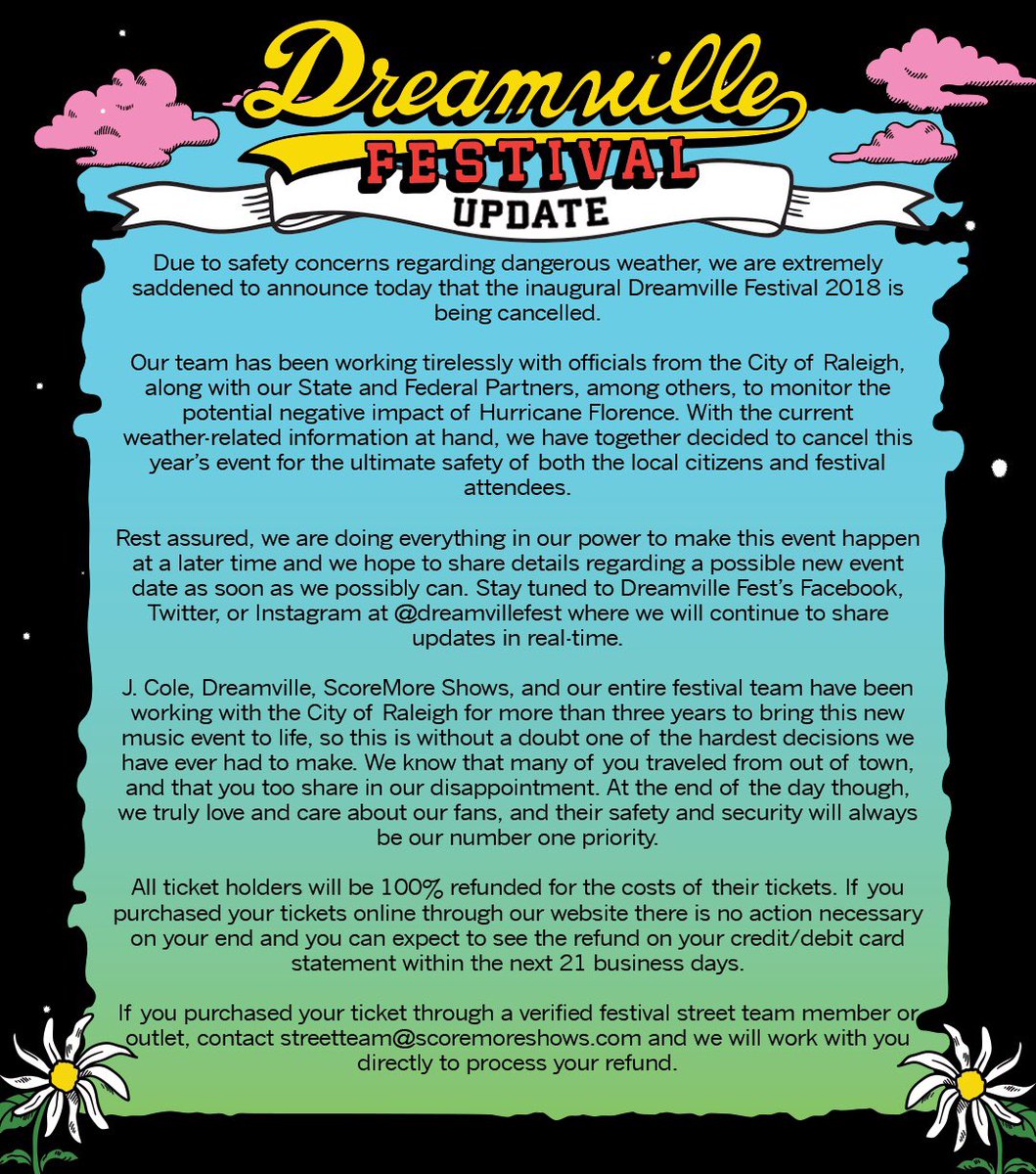 UPDATE (9/21): Once again it’s on! After putting their collective minds together, the Dreamville crew have officially put a new date on the inaugural festival.

No longer a 2018 event, the festival will now be going down on Saturday, April 6th at Dorothea Dix Park in Raleigh, North Carolina.

“We battled with the idea of moving forward with the festival at this time or formally cancelling the event. But after receiving unwavering support from the fans and the community, we are excited to announce Dreamville Festival will now take place on April 6, 2019,” a statement from Dreamville reads. “We are proud to say that Dreamville this spring will also serve as a benefit to hurricane victims in the Carolinas. We hope that fans in North Carolina and across the US will not only join in celebrating the very first Dreamville Festival, but also the resilience of this amazing community.”

Tickets are on sale now. Those that already copped tickets for the first date have the option to keep their existing tickers for the new date for get a full refund.

UPDATE (3/19/19): With the April 6th date quickly approaching, J. Cole and the squad decided to add a couple more acts to the lineup. Joining the already stacked list, 6LACK and 21 Savage will also take the stage. And considering this writer won’t be able to attend, I’m absolutely sick.

Peep the full lineup below. And if you wanna cop my plane ticket, that would be cool too. 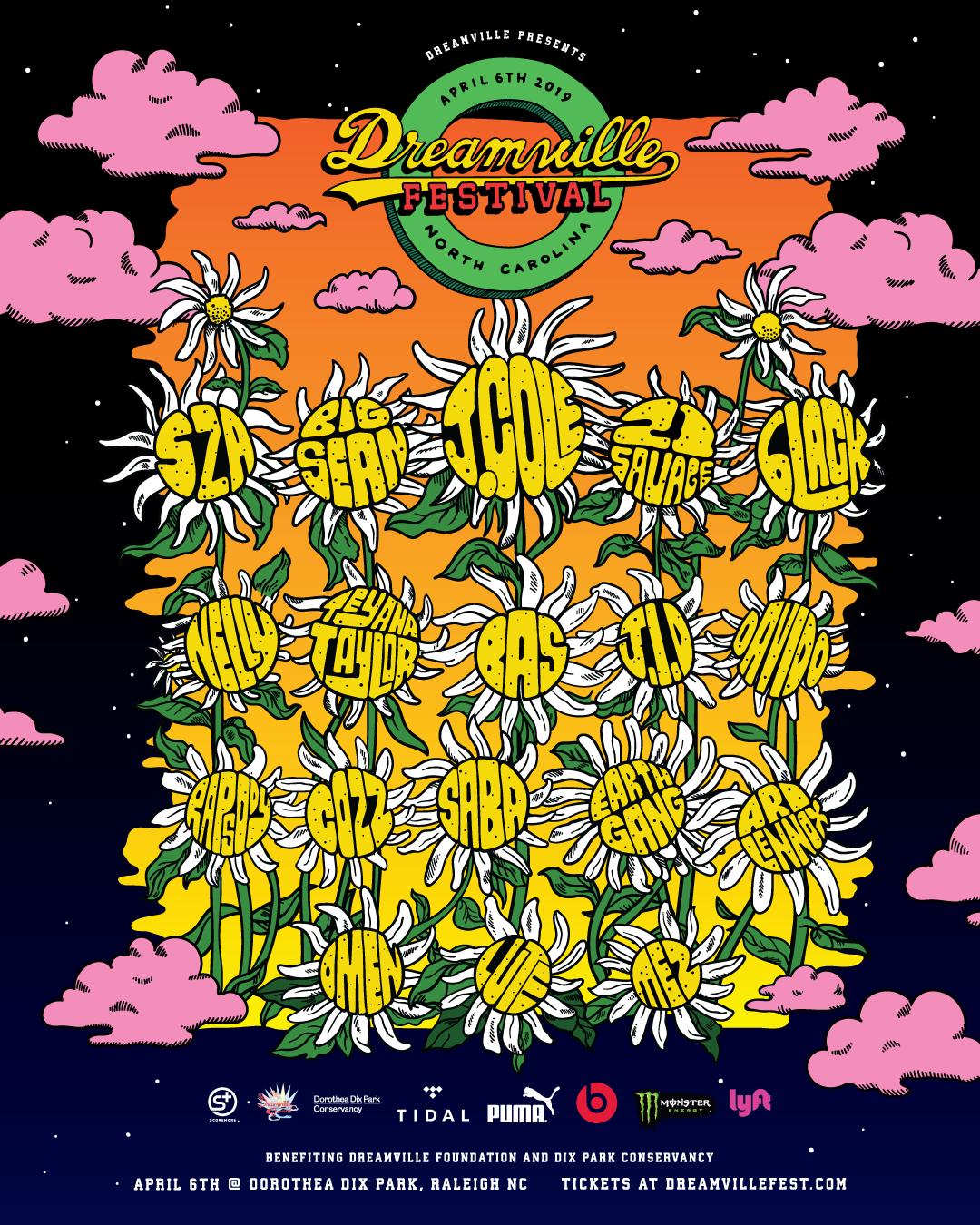