Action Bronson is hitting the road.

Fresh off the release of his White Bronco album, the robust rapper has announced an accompanying tour.

Joined by special guests Roc Marciano (who just released his KAOS album with DJ Muggs) and Meyhem Lauren, the trio will kick things off in Boston on February 11th, and run through Toronto, Detroit, Chicago, Denver, Seattle, and more, before wrapping on March 16th in Los Angeles.

Check out the dates below and start getting ready now. 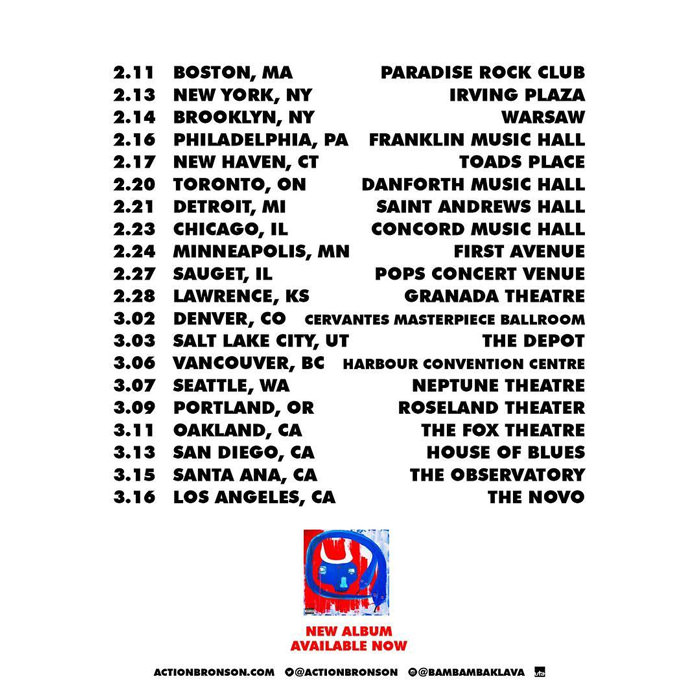