Back in 2013, while running with French Montana and his Coke Boys collective, Lil Durk released a project called Signed to the Streets. In 2014, he followed up with Signed to the Streets 2. And now, four years and two albums later, the Chicago rapper has finally released the long-awaited third installment of his fan-favorite series.

“Thank you,” Durk said in his latest letter to the streets. “Since the beginning you embraced me. You taught me everything–the good, the bad, the ugly. You took away too many loved ones, but you also gave me my bloodas. We have a love/hate relationship, but you helped make me who I am today. Before I signed any contract ever in my life, I signed myself to you, the streets, and I promise to represent you forever.”

Signed to the Streets 3 marks Durk’s third official album (following 2015’s Remember My Name and 2016’s Lil Durk 2X) and is released under his new deal with Alamo Records + Interscope (after leaving Def Jam in March). 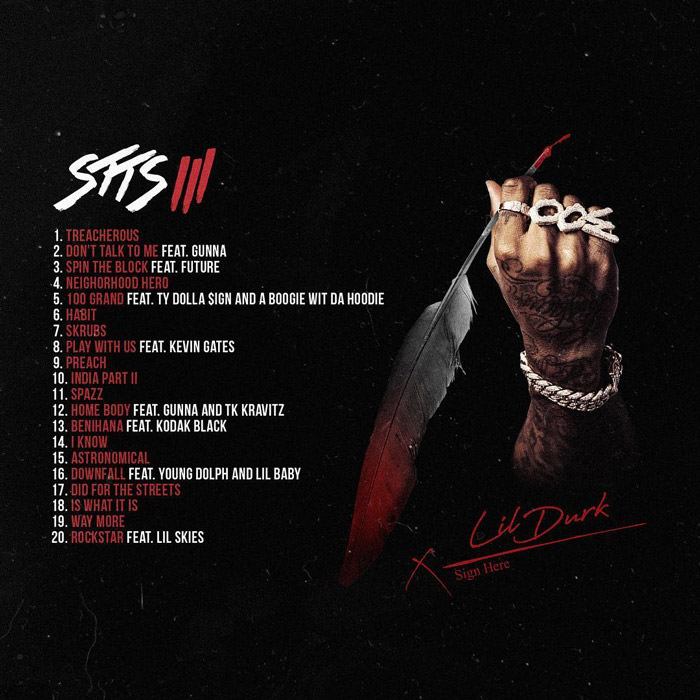 Check it out below and be sure to add Signed to the Streets 3 on your preferred streaming platform.

9th Wonder Presents: JAMLA is the Squad II – Out Now!