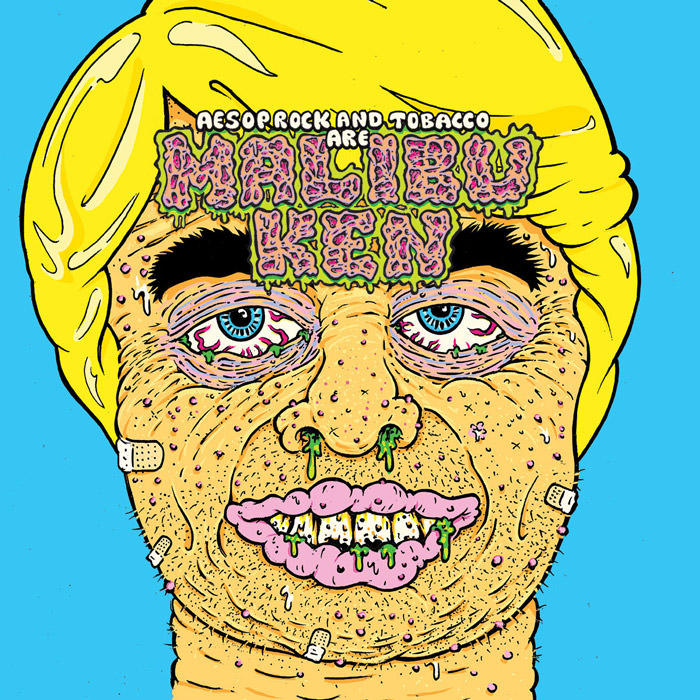 It’s been a minute since Aesop Rock released a project, but the wordiest wordsmith of the land is officially back with a joint effort alongside producer TOBACCO called Malibu Ken, dropping January 18th via Rhymesayers.

“TOBACCO and I have thrown around the idea of doing a project together since we first toured over a decade ago,” Aesop says. “I find his production to be something special, and always wanted to see what I could bring to it. We recently found time to record some songs, and Malibu Ken was born. I brought a few stories to the table, but also did my best to let the production dictate the subject matter throughout. We hope you like the soup.”

To kick off the campaign, Aes and ‘bacco come through with a video for the psyche-warping lead single, “Acid King,” which is animated by GUNSHO (who also laced the trippy artwork above) and directed by longtime Aesop collaborator, Rob Shaw.