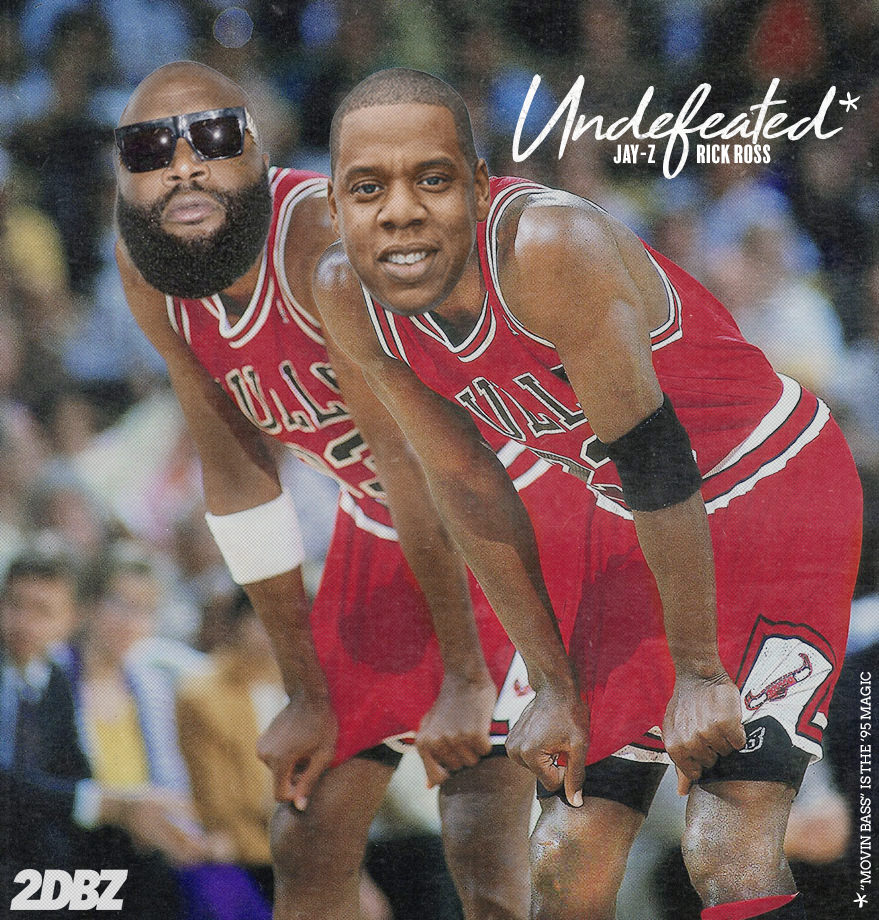 The other day, Shake — following multiple listens of JAY-Z‘s Verse Of The Month-winning appearance on Meek Mill‘s Championships standout, “What’s Free” — decided to create a playlist consisting of every song Jay and Rick Ross have done together.

The interesting thing about that is, prior to re-starting 2DopeRadio, I had been quasi-working on a mix spotlighting Rick’s best soul-fused tracks for a while. Key word being “quasi,” because trying to craft a mix of that magnitude, and knowing how meticulous-slash-particular I am when it comes to putting things together, it would take way longer than I’d like it to, so I’ve indefinitely put it on the back-burner. However, a mix of Jay and Ross tunes? Sprinkled with some skits and samples used on the records? Say no more. Enter: Hov & Ross: Undefeated.*

(Plus, it serves as a holdover until the next episode of 2DopeRadio is completed. Because, again, meticulous-slash-particular.)

Since initially connecting on Rick’s debut album Port Of Miami, the duo have collaborated enough times throughout the past several years to have their own joint album. So, alongside the tracks they’ve done together, I’ve also included the samples for each applicable song. “Beef, Deconstructed” is perhaps my favorite moment of the mix; you’ll just have to listen to it to hear for yourself.

We at the DopeHouse hope you enjoy this special mix. Stream it, as well as the playlist on both Apple Music and Spotify, below.

Again, Drake Is Spotify’s Most Streamed Artist of 2018